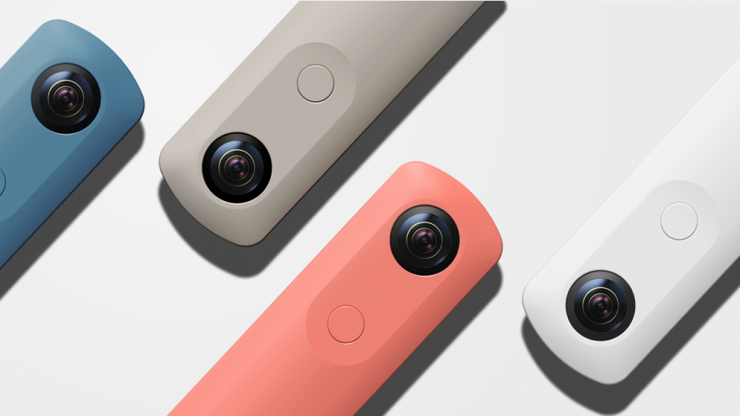 Last week, Ricoh announced the latest addition to its 360 camera lineup, the Ricoh Theta SC. Branded as the company’s standard-class model of 360-degree cameras, the device comes with a couple of updates to Ricoh’s most recent release, the Theta S in 2015.

Chief features of the new model are its lightweight design—23 grams lighter than the Theta S—and a cheaper price tag of $299.95, compared to $349.95 for the Theta S.

The new device features the same photo and video quality, with a maximum photo resolution of 5376×2688 and video resolution of 1920×1080 at 30 fps, and the same amount of internal memory (8 GB). It also looks nearly identical to the Theta S, but comes in a cotton candy color scheme: baby blue, light pink, white and beige.

What is perhaps most important to talk about with the release of the Theta SC is what customers lose. The SC can only record videos up to 5 minutes in length, while the S could record a continuous video for up to 25 minutes. The SC also does not have an HDMI port and doesn’t support live streaming.

Although this may seem cheap compared to the OZO ($45,000) or even the Omni ($5,000), this fall is full of 360 cameras that cost less than $1,000 set to ship before the holidays—many with better resolution and more storage space than the Theta SC. For example, the Nikon KeyMission 360 costs $499.95, shoots 4K video and is set to ship this month.

Although most professionals wrote off shooting 360 video on the Theta S a long time ago, its performance in a pinch for covering live events and snapping photos to accompany a story still made it a product worth packing in your kit. The Theta SC? Not so much.

With the market moving forward so quickly, changes to weight and color without improvements to quality and other key features probably won’t mean much for the pros, but it might mean something for Mr. and Mrs. Smith.

Whether or not shooting 360 content is on Mr. and Mrs. Smith’s radar, it’s on Ricoh’s radar.