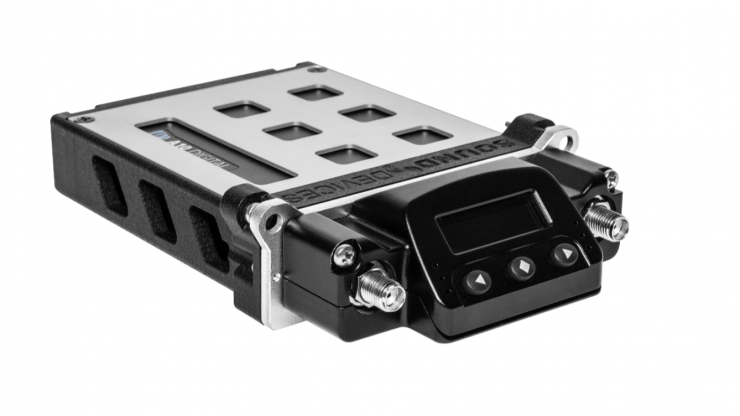 Sound Devices has announced the A-15PIN, an adapter for the A10-RX slot-in receiver that enables compatibility with Sony’s proprietary slot for wireless receivers.

A lot of Sony camcorders feature Sony’s proprietary slot, which was only previously compatible with Sony DWX/UWP wireless slot-in receivers.

The A-15PIN 15pin D-type cradle now allows you to use the A10 Digital Wireless System with those compatible Sony cameras that come with a slot-in receiver.

This collaboration between Sony and Sound Devices marks the first time a non-Sony wireless system is able to natively slot into Sony cameras and pass two-channel digital audio with no extra cables. The A-15PIN is supported by new firmware, A10-RX v3.00.

The newest update to companion application Mic2Wav, version 3.00, allows sound professionals to connect to their A10-RX in its A-15PIN via USB. This enables the transfer of User Group files and updating of the A10-RX. To download Mic2Wav v3.00, visit www.audioltd.com/resources/mic2wav