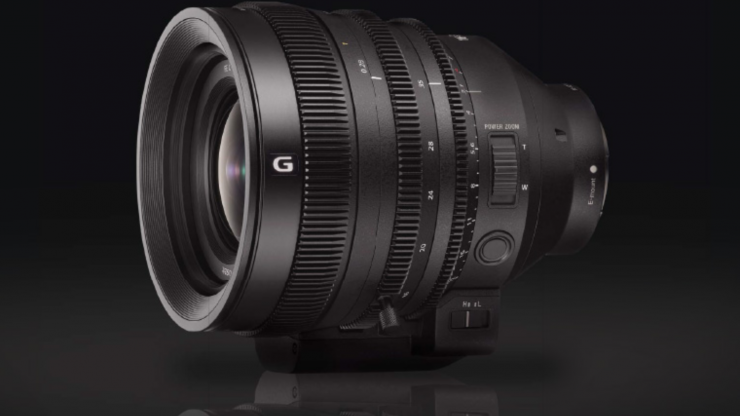 Along with announcing the FX6, Sony has also officially unveiled the Sony FE C 16-35mm T3.1 G Cinema Lens which they have been teasing for quite some time.

We first saw this lens being announced as a development product way back in September 2019.

This is the first of three new Cinema Lenses that Sony will be making, however, the focal ranges and details of the other two lenses are unknown at this stage.

The lens features independent rings for manual control of iris, focus, and zoom. All three rings have 0.8 industry-standard pitch gears on them. The focus rotation is 120 degrees.

The front diameter of the lens is 114mm so you can attach matte boxes.

The optical design consists of 16 elements in 13 groups and the lens has 11 aperture blades. Sony claims that although the lens isn’t being referred to as parfocal, it acts like a parfocal lens. They also state that breathing and image axis shift is well controlled.

The floating focus mechanism moves the two focus lens groups when focusing to effectively suppress various lens aberrations that change depending on the distance to the subject over the entire focus range.

This is not Sony’s first AF Cine Lens

The FE C 16-35mm T3.1 G is not Sony’s first cinema lens that was capable of AF and had a built-in servo zoom. They have released a few over the years, including:

Despite being labeled by Sony as a ‘Cine Lens‘, the 16-35mm T3.1 is more of a hybrid blend between a stills and a cine lens.

Making an AF cine lens means a lot of compromises have to made. For a start, if you want the lens to also be able to operate in manual focus mode, it has to use a fly-by-wire design. Because the AF may have to make 20 adjustments a second if it is tracking a moving subject, it needs to use a direct drive SSM linear activator to move the elements very quickly, this means you can’t use a traditional mechanical design.

Even though Sony says that the manual focus operation has been improved by refining the fly-by-wire design, anyone who has tried to use manual focus on similar lenses to this knows how bad it was. Who knows, maybe Sony has made this lens better.

We still have a long way to go with AF Cine lenses because of the compromises that have to be made when designing one. You still can’t have your cake and eat it too.

The Sony hybrid cine lenses have never been what I would describe as ‘affordable’ and the FE C 16-35mm T/3.1 G is no exception.

The lens will retail for $5,499 USD. Pre-orders will start on the 18th of November and it is scheduled to start shipping on the 10th of December. It may be hard convincing Sony E-mount camera owners to fork over that much money for this lens.