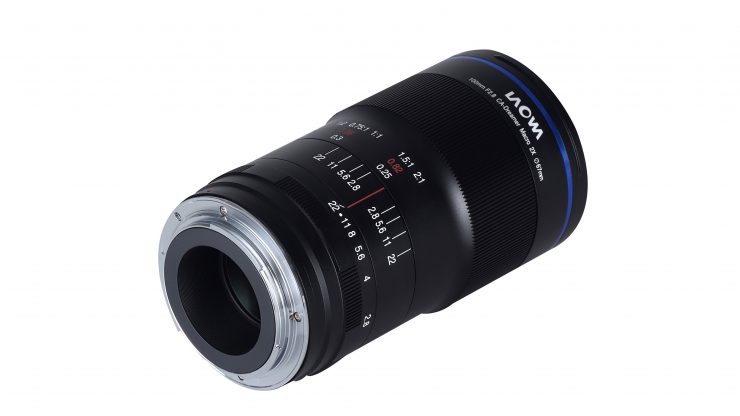 Laowa has made its 100mm f/2.8 2x Ultra Macro APO lens available in Canon EF mount and Pentax K-Mount. It is important to note that this is an all manual lens and the Canon EF version can only have its focus and aperture adjusted manually.

But, hold on, didn’t they already release a Canon EF version previously? Yes, they did, however, the previous Canon EF version had automatic aperture control (via camera). Now a manual alternative with a clickless aperture ring is provided for anyone shooting video.

If you are not familiar with the Laowa 100mm f/2.8 2X Ultra-Macro, it is the first 100mm lens equipped with maximum 2x magnification. It features an Apochromat (APO) design, and because it can also focus to infinity you can use it for a variety of other purposes other than macro work.

The Laowa 100mm f/2.8 2x Ultra Macro APO in Pentax-K mount is assembled with the automatic aperture coupling lever, which allows aperture control via the body of the camera. Users can either use the manual aperture ring or park the focusing ring at the “A” symbol and adjust the aperture via the camera. Exif data would be stored in the metadata as well.

The price of both Canon EF mount and Pentax K mount $449 USD. Pricing may vary in different countries.