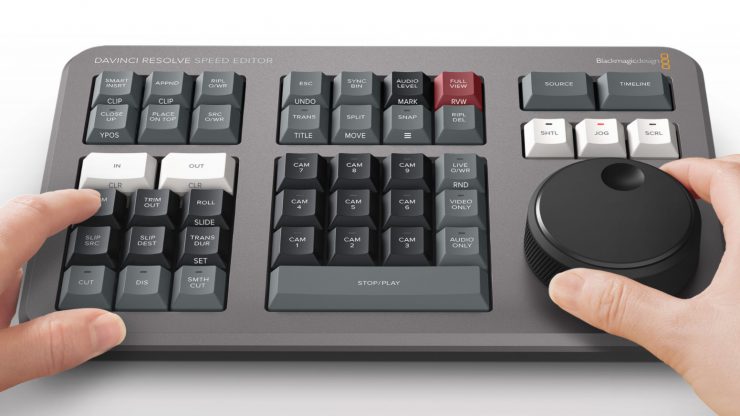 The DaVinci Resolve Speed Editor is essentially a smaller sized controller that includes only the specific keys needed for editing.

It has Bluetooth with an internal battery for connecting wirelessly, or you can connect via USB-C.

This is not the first time Blackmagic has released a keyboard for DaVinci Resolve.

You may well remember back in April 2019 when Blackmagic announced the Resolve Editor Keyboard. It was a bit of a surprise at the time and a lot of people commented that it was too expensive.

The DaVinci Resolve Speed Editor will retail for $295 USD, which makes it substantially more affordable than the Resolve Editor Keyboard.

For a limited time, you will be able to purchase a DaVinci Resolve Studio license and get a free Davinci Resolve Speed Editor.

What do you think about the Resolve Speed Editor? Would you purchase one? Let us know in the comments section below.