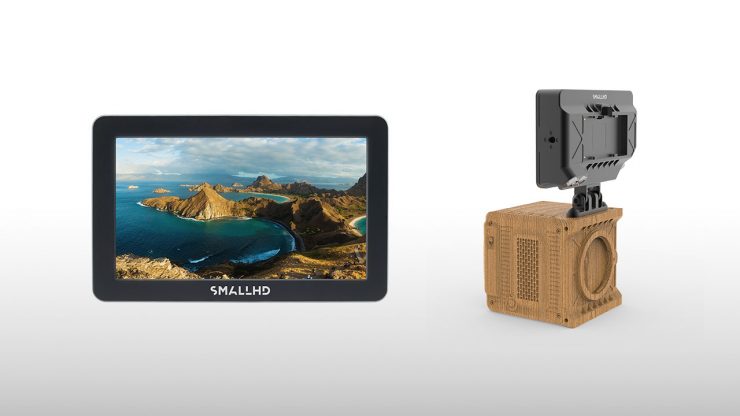 SmallHD has announced the new Focus Pro line of monitors, featuring a new rugged build, SDI in and optional camera control for RED.

The body is made from a milled aluminium chassis and has 3x 1/4-20 mounting points.

If you have used any other SmallHD monitor, you should find yourself at home with the unit running OS4 for all of the usual tools like frame guides, exposure assist, LUT overlays, histogram, vectorscope and more.

The Focus Pro is available in two options, using either a standard LCD model or an OLED.

The OLED will provide better contrast and colour as it can display 105% NTSC (compared to 70% NTSC on the LCD) but only has a max brightness of 350 nits, compared to 800 on the LCD model.

The specs seem to match up with the previous Focus LCD & OLED models which are all now discontinued to $299 USD.

It would have been nice to see 1000 nits on the LCD model as that would improve daylight viewing.

Ever since the Cine 7 monitors were released, there have been many requests for the same camera control features to be available in a smaller form factor.

To enable camera control, you will need to unlock the license and also use the Camera Control Cable.

SmallHD has Focus Pro Kits for RED DSMC2 which include the license & cable for an extra $250 USD.

What about the KOMODO?

Focus Pro will also be able to control the upcoming RED KOMODO with a different locking 5-pin USB cable.

Unfortunately, an additional license will be required, separate to the DSMC2 license. A firmware update will also be required and is expected to be available in September 2020.

The Focus Pro Hinge Mount has been designed specifically for the RED KOMODO. It uses a friction-based design and provides 180-degrees of tilt.

The friction can be loosened or tightened by adjusting the hinge screws.

The Focus Pro is available for pre-order and expected to ship in August 2020.

What are thoughts on the monitors?