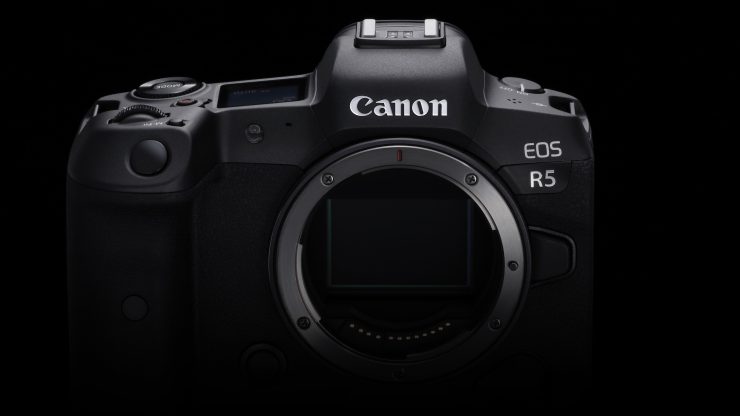 It wasn’t that long ago where we were wondering what Canon was doing. While their competition was releasing new and innovative products, Canon seemed to be content to move along at its own pace. Well, how times have changed.

The ‘new’ Canon is now bold, innovative, and releasing products that are once again exciting the filmmaking community. With the release of the C500 Mark II, today’s announcement of the C300 Mark III, and the EOS R5’s specifications coming to light, Canon now seems to be firmly back on track.

To understand the path that leads us to this point, you need to go back to 2008.

An accident changes everything

When the Canon 5D Mark II burst onto the scene in 2008, it was nothing short of a revelation for video shooters. I never use the term game-changer, but the 5D Mark II truly was. Canon added video recording after a request by AP and Reuters for a camera that was capable of shooting both stills and video. Little did they know that this small addition to a stills camera would change our industry forever.

Back in 2008, your options for digitally shooting cinematic progressive video with a shallow depth of field were both limited and very expensive. Sony had released the Super 35mm CineAlta F35 with a whopping price point of $250,000 US, and a year earlier a small company of entrepreneurs in a warehouse released the RED One. It had a 4K Mysterium sensor and could capture 4K images at up to 60 frames per second in the proprietary Redcode format. The Red One was arguably the first semi-affordable camera that provided filmmakers out-of-the-box functionality with the “feature film quality” known to much more expensive 35mm film cameras, but it was still thousands of dollars.

The release of the 5D Mark II suddenly allowed shooters to capture a full-frame look, in a tiny camera using affordable stills glass. For the first time, an option capturing cinematic looking video was available at a price point that most people could afford. At launch the camera could originally only record in 30P; it wasn’t till 2010 that Canon enabled 24P and 25P capability.

What took them so long?

It is hard to believe that the original C300 was announced way back on November 3, 2011. The C300 wasn’t the first ‘affordable’ S35 digital cinema camera, but it was the first one that became widely accepted and used by the industry. The big advantage it had over Sony’s F3 was that it could record 4:2:2 8-bit 50Mbps internally (the F3 could only do 4:2:0 8-bit at 35Mbps internally). The C300 also capitalized on a growing number of 5D Mark II shooters who were using the camera as a stop-go measure until a proper digital cinema camera came along.

The Canon 5D Mark III was announced in March 2012, but by then Canon was firmly pushing the Cinema EOS series for video.

On April 12th, 2012 the 1D C was announced. I think this was the camera Canon was pushing if you wanted a video-centric camera that still maintained the same form factor as a DSLR. The 1D C could shoot 4K video at 24p using 8-bit Motion JPEG compression and Full HD (1920 x 1080) at frame rates up to 1080/60p. The camera was ridiculously priced at $15,000 USD. That price, like a lot of Canon’s digital cinema cameras, drastically fell after a few years.

Also in April 2012, Sony unveiled the FS700. The FS700 was the first affordable S35 high speed capable digital cinema camera. With the revolutionary E-mount, the ability to record 120 or 240 frames per second in 1080p in 8 or 16-second bursts, as well as a 4K RAW output, it quickly became a popular camera.

Despite being good cameras, the 1D C and C500 were overpriced and niche cameras that were never purchased in significant numbers.

The C100 was announced in August the following year and it offered budget video shooters a more affordable S35 solution than the larger C300. The C100 Mark II came along 2 years later in October 2014.

If you could pinpoint a time when Canon seemed to drop the ball, it was probably 2014. Instead of launching a C300 Mark II at the same time as the C100 Mark II, Canon stood still, and Sony took advantage of this.

First, Sony launched the a7S, a full-frame low light beast that could shoot in S-Log and output 4K (QFHD: 3840 x 2160) 4:2:2 to a third-party external recorder. This camera and subsequent Alpha series cameras went on to dominate the market for years.

Sony effectively swooped in and swallowed up a large proportion of the market that up until that stage Canon owned. Sony also converted a ton of 5D users to Alpha offerings.

The Sony FS7 ended up going on to become the highest-selling S35 digital cinema camera of all time by a large margin. The Sony Alpha series have also easily been the highest selling mirrorless cameras being used by video shooters. To make matters worse, in September 2014 Sony also announced that you could upgrade the F5 to 4K for $1,000 USD.

This was the ‘tipping point‘ where everything changed.

It wasn’t until April 8th, 2015 that the C300 Mark II was announced, but it didn’t start shipping until late September 2015. Not only was it late to the party, but it also came with somewhat underwhelming specifications. The C300 Mark II couldn’t record above 30fps in 4K and in 2K/HD it was limited to 120fps.

There was nothing wrong with the C300 Mark II and it still sold in reasonable numbers, but if it had have been announced back in 2014 it may have done significantly better.

Timing is everything and it is very easy to lose significant market share if you are late to the party.

After the C300 Mark II, the next camera that came along was the C700 in September 2016. Again, this camera featured underwhelming specifications and it was expensive. Sony had released the F5 and F55 way back in October 2012, four years before the C700. The C700 didn’t offer anything that was significantly better than cameras that had already been widely used for years. No one from Canon will admit this, but the C700 was a commercial disaster.

Canon tried to get back on track with the C200 when it was announced in May 2017. The C200 had some nice features such as internal RAW recording and the ability to record 4K at up to 60p and uncropped HD up to 120fps. But, for whatever reason Canon decided to not include a 4:2:2 10-bit internal recording codec if you didn’t want to record RAW.

In September 2018, we got the EOS R, Canon’s first full-frame mirrorless offering. Canon was lagging far behind Sony when it came to mirrorless cameras. The Sony a7 & a7R were released on the 16th of October 2013, almost 5 years earlier. The EOS R had underwhelming video specifications and if you wanted to shoot UHD then you had to do so using a crop of the sensor. The EOS R was probably the camera that made everyone ask the question, ‘What is Canon doing?’

Look, specifications rarely tell the whole story of any camera and a lot of these offerings were still very capable cameras that people used to great effect. The problem is a lot of people buy cameras based on specifications. If a camera has underwhelming specifications, regardless of whether the camera is good or not, it affects sales.

If all of that was a little hard to follow, I have produced a table that clearly shows you when cameras from both Canon and Sony were announced. I have included the major releases.

Fast forward to September 2019 and the C500 Mark II gets announced. This to me was Canon’s most important announcement since the original C300. The C500 Mark II was the first camera Canon has put out that directly cannibalized one of their more expensive offerings, in this case, the C700 FF.

We then had the development announcement of the EOS R5 in February 2020. This announcement just reinforced to me that Canon had changed direction and that the C500 Mark II and 1D X mark III were not just anomalies.

If you need further proof of Canon’s newfound direction you only have to look at today’s announcements.

The C300 Mark III and EOS R5 are both going to be good offerings that shooters will be looking at very closely.

Is Canon the new Sony?

You could make an argument that Sony and Canon have traded places in the last 6 months. Sony was arguably one of the leading innovators for a long stretch of time, while Canon always seemed to be lagging behind. Well, now it looks like the tables have started to turn. Sony hasn’t disappeared completely, but the lack of innovation lately has shown some kinks in the armour.

Canon may well have smelt blood in the water and are using this opportunity to swoop in and take back market share that they lost from Sony.

Canon’s change of strategy is a welcome one. While they still have work to do, it is good to see that they finally got off that roundabout and are headed in the right direction.

Do you think Canon has finally changed its direction? We would love to hear your thoughts in the comments section.