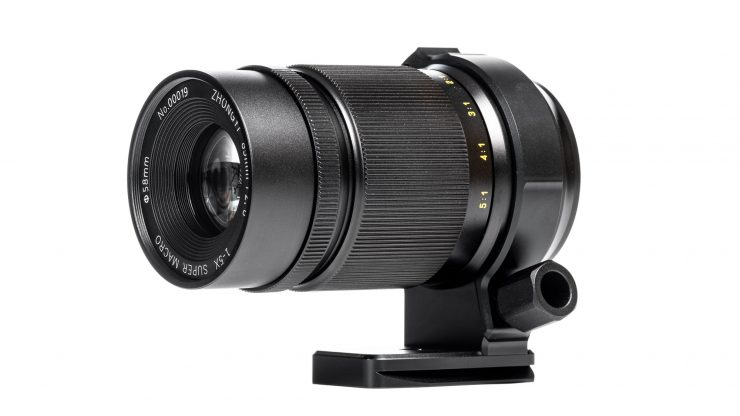 Being further away from your subject makes it easier to shoot insects and other animals that may get scared away from having a lens too close. The extended working distance also means it is way easier to use lights without having to place them very close to your subject.

ZY Optics also says that the lens has a near telecentric performance which is a big advantage when it comes to macro image stacking photography or industrial usage.

The new 1x-5x Super Macro lens incorporates 12 elements in 8 groups, which is claimed to deliver impressive resolution from corner to corner. The chromatic aberration is also controlled to the minimum (APO design).

The lens can only be used in macro distances and cannot focus to infinity. A 58mm filter thread is also available.