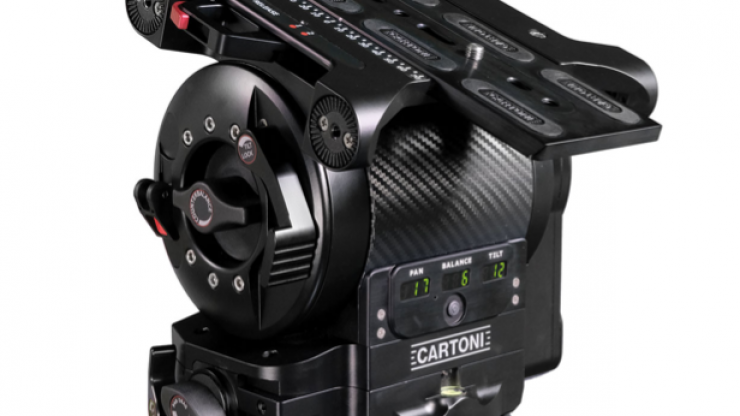 Cartoni has announced the MAXIMA 5.0, a tripod head that has designed specifically to accommodate large, heavy digital cinema camera packages.

The MAXIMA 5.0 is a Flat Mitchell mount tripod head, although it can be adapted to be used with an optional 150mm bowl base.

The tripod head weighs in at 13 kg (28.6 lb) and it certainly looks to be a nice alternative to offerings from both O’Connor and Sachtler.

The MAXIMA 5.0 knobs and levers have been ergonomically placed for operator ease of use. The tripod head is suitable for studio, location, or outside shooting. The large sliding camera plate is compatible with ARRI, Sony, and O’Connor. The head comes with a telescopic pan bar and a short front pan bar.