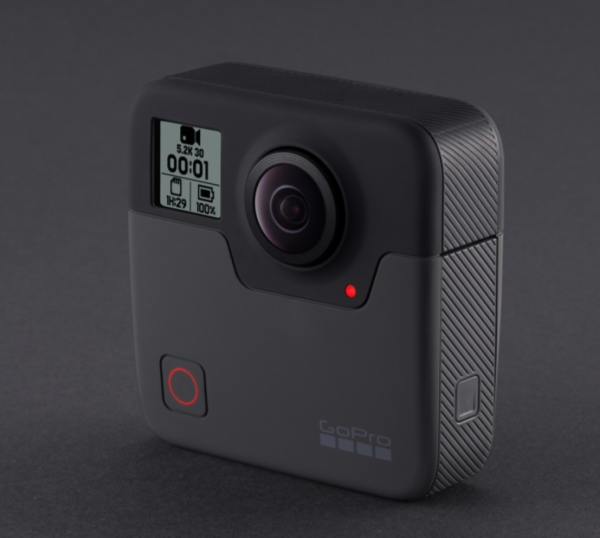 GoPro Fusion is clearly aimed directly at other affordable 360VR platforms such as the Insta 360 ONE. It enables 5.2K video recording at 30fps and 3K video at 60fps, both with internal stabilisation. This is significantly more resolution than the Insta 360 ONE which is limited to a maximum resolutions of 3840×1920 @30fps. 18MP still images can be recorded, with ISO 100-800 sensitivity and shutter speeds up to 30 seconds. According to GoPro it will be possible to set exposure compensation and ISO limits.

Bluetooth will allow users to control select functions of the camera remotely, and there is also GoPro’s voice command functionality built-in. 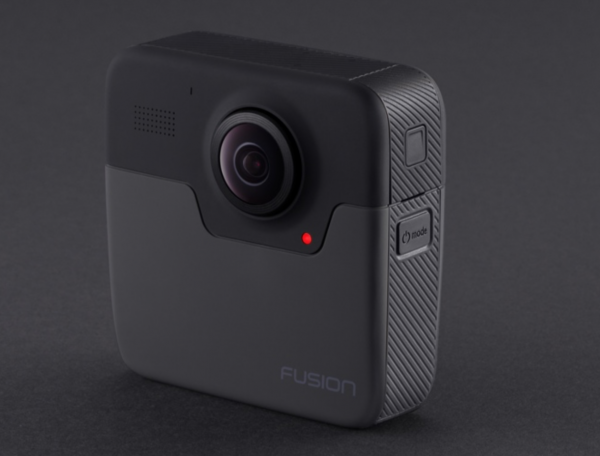 The Fusion 360 features Overcapture, which is a shoot first, record later function. This is very similar to how the Insta 360 ONE’s FreeCapture works. Without going into too much detail it allows you to capture in 360° and then when you’re done filming you can peer into the original 360 scene and then move the material around until you find the view you want. This view can then be exported as a fixed-frame video.

The beauty of Overcapture is you can create multiple fixed-frame 16:9 videos, all with a different viewpoint, from the one camera. 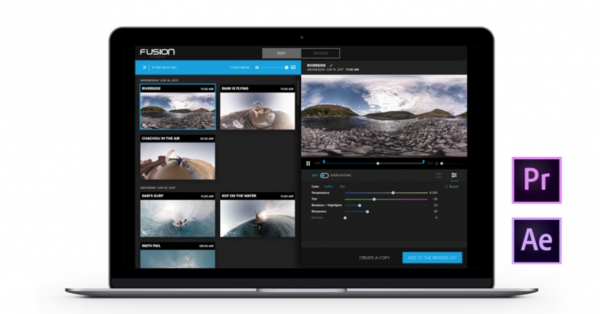 The camera uses both the GoPro app and Fusion Studio software. Through the GoPro app, users will be able to control the camera, as well as preview and playback shots.

Fusion Studio software syncs with Adobe Premiere and After Effects. Editing functionality through the software includes horizon correction, orientation selection and layers for text/ logos and videos (within a 360° video). Just how easy this is to use could make or break the product. Users love the idea of capturing 360 VR content, but if the technology is to catch on and become more mainstream, then the post processing needs to become a lot easier. 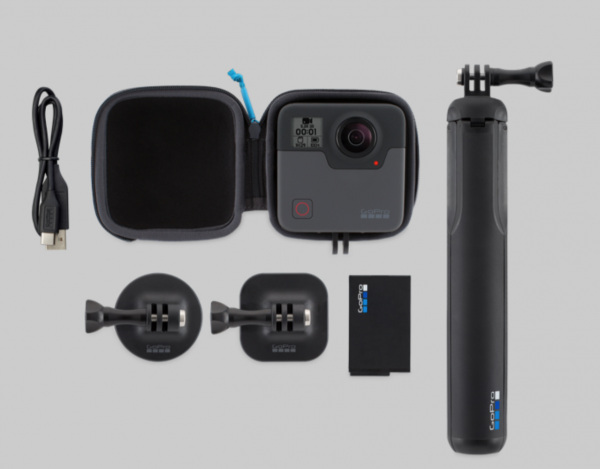 The GoPro Fusion 360 VR will start shipping in November for $699US.