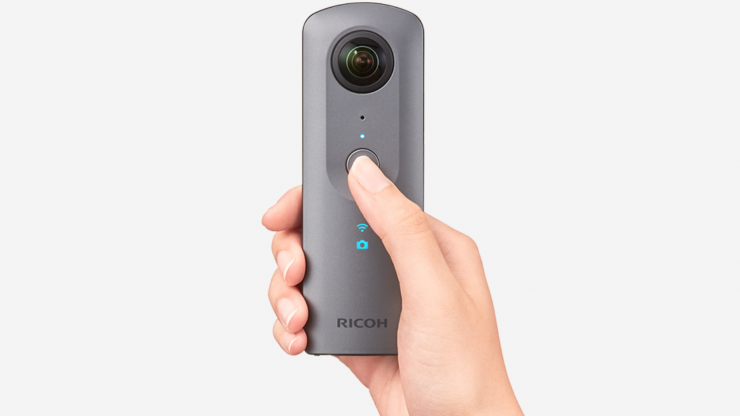 The Theta V features two 12MP 1/2.3″ CMOS sensors, each with a f/2 lens. This lets the camera create 360° still images at 5376 x 2688 resolution. For video recording the resolution is limited to 3840×1920. UHD recording on a 360° camera still doesn’t provide great results as you need much higher resolution capture to get crisp, detailed images. 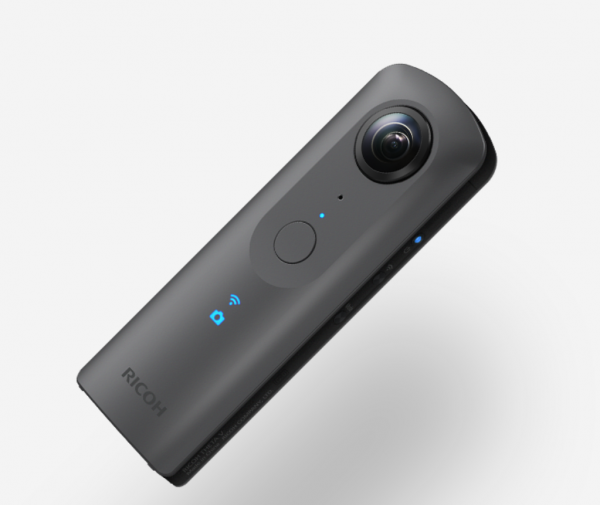 The camera is equipped with a new gyro sensor in addition to the conventional acceleration sensor. Ricoh claims that the tilt detection precision has been significantly improved, along with top/bottom correction precision enhancements and the ability for remote playback. 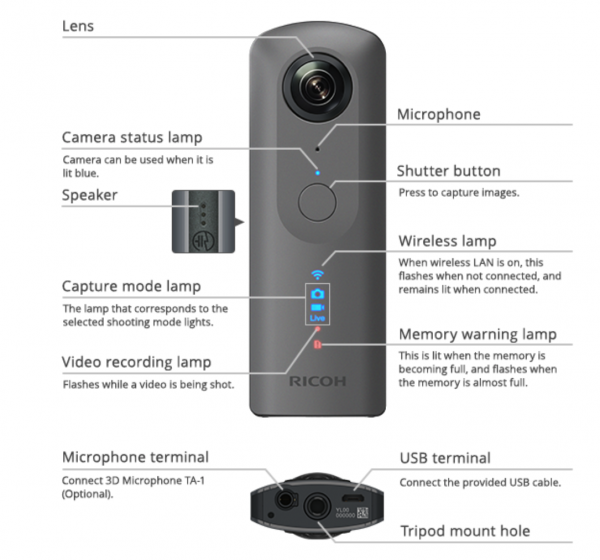 The Theta V has one main operational button for taking a photo, and you can also use the Theta S mobile app if you want to make changes to more advanced settings and functions. The internal memory has been expanded to 19GB (it was only 8GB on the Theta S) and features much faster wireless transfer speeds of up to 50 Mbps. 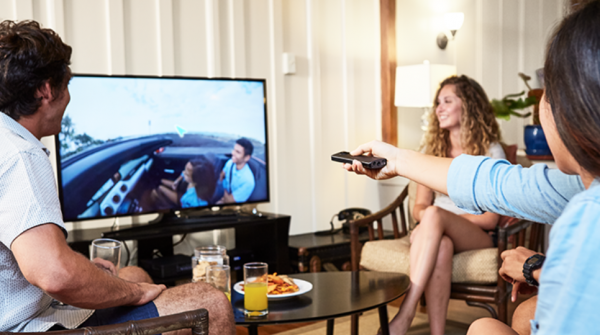 This is actually pretty cool. Image data recorded on Theta V can be played back in 360º on a monitor such as TV. The Theta V also functions as a remote control which can be used to select the image file and move the displayed 360º image up, down, left, and right. It can also zoom-in and out. For this to work you will need a separate wireless display adapter. 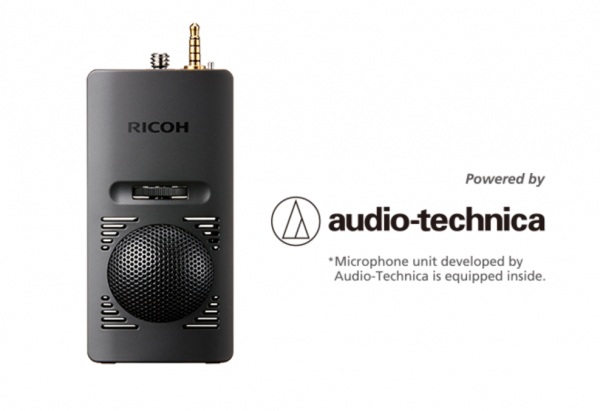 The big news with this camera is that it can record 360゜spatial audio with a built-in 4-channel microphone. This means your audio will be a lot more immersive and be compatible with VR images. There is also an optional 3D microphone that has been designed specifically for the Theta V. This microphone allows you to record natural, balanced audio that faithfully reproduces the environment without any exaggeration or coloring.

The included microphone unit was developed by Audio-Technica. Compared to the built-in microphone, a larger diameter, approx. 10 mm microphone is used for recording natural sounds, from lows to highs. Because you can record robust sounds in the mid range, this microphone is perfect for shooting musical performances. Also, by making the microphone acoustically unidirectional, it features smooth sound field changes when moving from one point to another. Attaching the included wind screen helps block noise caused by wind when recording outside for more stable outdoor recording. 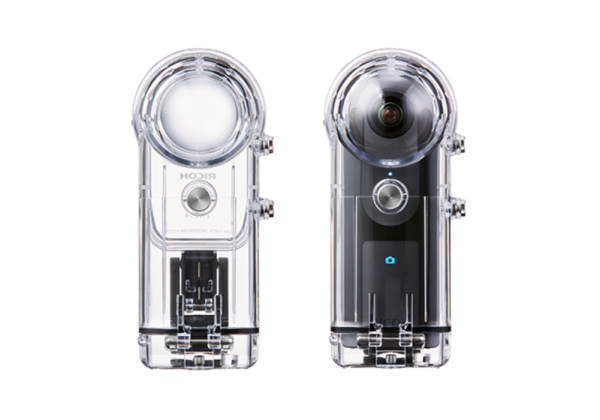 If you want to take your Theta V underwater you will be able to using the optional waterproof housing which is rated at depths of up to 30m. The housing features AR anti-reflective coating and dirt-resistant coating.

The Ricoh Theta V will start shipping around the 15th September for $429.95US.

At $429.95US it is going to face very stiff competition from the recently announced Insta360 One which has a lot of very cool features and costs considerably less money.

What do you think about these 360° cameras? Do you think the quality is still too low to use them in a professional environment? Let us know in the comments section below.