In early 2017, I took delivery of the very first Canon EOS C700 Cinema Camera in Australia, which I purchased along with a new CN7x17 (17-120mm) cine-servo zoom lens and a couple of Canon cine-prime lenses (all EF mount) from Canon Australia. 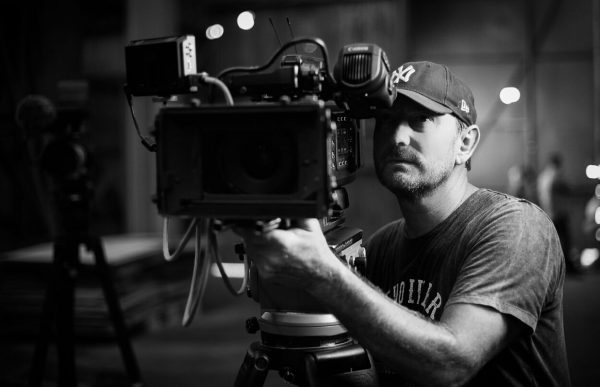 I was joining the freelance camera world after 30 years as a staff cameraman at 60 Minutes Australia and the ABC, where I had most recently been shooting with the Sony F55 and F5. While I’ve enjoyed using them, I have always preferred the pictures that Canon cameras produce, however until the C700 came along, a large sensor shoulder mount camera with a precision viewfinder was not available. 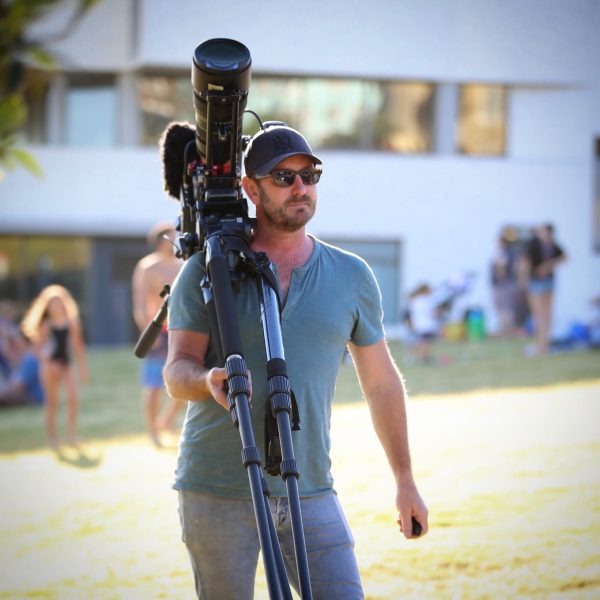 For the projects that I was hoping to shoot, I needed a reliable camera packed with features, and a cinema camera that was versatile and as future-proof as possible. For me the C700 looked very exciting, promising new technologies, amazing pictures and beautiful colour reproduction – especially in the skin tones. The C700 sounded fantastic, great for hand held work, ergonomically attractive, very user friendly and it had a stunningly gorgeous HDR viewfinder. The decision to place an order was a no brainer for me!

The idea of an EF mount camera made me nervous at first, but I was assured that technically and optically it was just as good as PL mount, and with the positive-lock mounting system (much like PL or B4) having no play, lenses are just as secure but much quicker and easier to change.

The dual pixel CMOS auto focus and face detection is a fantastic tool. I’ve always been a manual focus/iris/zoom operator, but when I switched on the C700’s auto-focus and activated the focus servo on my 17-120mm, the facial recognition kicked in immediately and subjects that constantly moved around were tracked quickly and accurately. It doesn’t work for every shooting scene, and it does occasionally fail to detect certain faces especially those with glasses or a beard. For most situations if you use the right settings, this feature is very reliable and the accuracy is mind boggling. It really opens a wealth of creative opportunities and cost savings, as you don’t have to buy a remote follow focus system.

I have tested a range of other EF lenses including my 16-35mm Mk3 and 70-200mm IS, right up to the 600mm f4 – and the auto focus and face detection is very quick and accurate – from talent that constantly move during an interview and presenters walking towards the camera, to fashion models strutting down the cat-walk. It is normally more accurate than my ability to pull focus manually – very clever stuff! When I use my Canon cine-prime lenses, auto focus is obviously not an option, but the focus and face detection guides still appear in the viewfinder to assist with manual focus, which at f1.3 on a prime is incredibly useful.

With new additions like the Zeiss CP3’s and other full frame prime lenses being offered in EF mount , I do not feel that I am pigeon-holed by committing to the EF mount. With the C700, no matter which mount you prefer, it is very easy (under 10 minutes), for you to change the mount from EF to PL yourself.

Over time, most people would agree that the pictures that the Canon C300Mk2 produces are very pleasing to the eye, especially the skin tones. Canon claim that the C700 and C300 Mark II have a dynamic range of 15 stops which is greater than the Alexa sensor. (Editor: Alan Roberts tested the C300 Mark II and found that the DR was 15 stops). It is also a very different offering to say the Sony FS7, with its colour space being limited to Rec.709 and the DCI-P3 standard, which is not nearly as large as Rec-2020. Ergonomically the C300Mk2 (like the Alexa Mini), is a difficult camera to use without a bulky third party rig. However, with the C700, Canon have built in a versatile, Super 35mm, shoulder mount, 4K camera with every connectivity port that any production could expect, so for me this new camera/lens/evf combo has ticked every box.

I recently tested the new Canon MO-4E (EF to B4) mount adapter with my Canon HJ22x7.6mm HD broadcast lens. The lens plugs directly into the camera, and the C700 has a special mode that scans the sensor specific to the adapter, which provides the best optical performance from the 2/3rd inch lens.  The result is the cleanest ENG lens use on a Super 35mm camera I have ever seen. Minimal fringing and loss of only 0.7 of a stop loss in light – it’s like having an XDCAM camera with 15 stops of dynamic range. The zoom range of a HJ22 lens with doubler on the C700 gives you the equivalent of 18-770mm. Finally, one camera that fits all!

The EVF-V70 OLED viewfinder is amazing! Apart from no flip-up front, I can’t fault it at all. It is expensive, – but totally worth every cent, especially considering it gives you specific camera/menu control, and it can also be used on my C300Mk2. 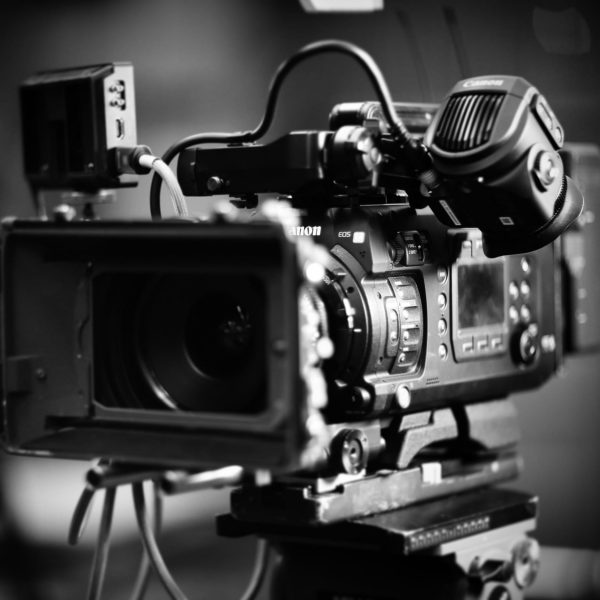 I’ve been using the San Disk 128GB extreme Pro CFAST 2.0 cards which have been super reliable so far. I get about 80 minutes shooting normal 25p HD (709), and 40 minutes shooting 4K Canon Log 3. While this seems boring, they are universal, not proprietary like the Sony SxS cards. The C700 will also record proxy files in HD to an SD card (over 300 minutes) which is super convenient. Annoyingly, I have found that this function often fails to record after changing various setting in the camera (such as S&F frame rates or resolution). UPDATE: This issue has now been fixed with the latests firmware.

The menu system is very user friendly, most functions are quick and easy to access, so adjusting frame rates, replay functions, codecs or audio is intuitive for any user to negotiate. I’ve also been using the WFT-E8 wireless file transmitter which allows me to have full camera remote control and monitoring from my iPad or phone (everything but zoom pan/tilt). The scratch mic available on audio channels 3&4 is also very handy, as is the ability to easily switch from analogue to digital audio. Various power outlets, dual media slots, raw options and the ability to upgrade to a 6K sensor in the future are all fabulous additions.

It is also great that leading accessory manufacturers like Arri are fully supporting the C700. I have purchased the ARRI PCA top plate, handle and viewfinder brackets for my C700 which are far superior to the ones that come with the camera. The Canon handle is nice, but the other included accessories are the weakest element of this otherwise excellent product. 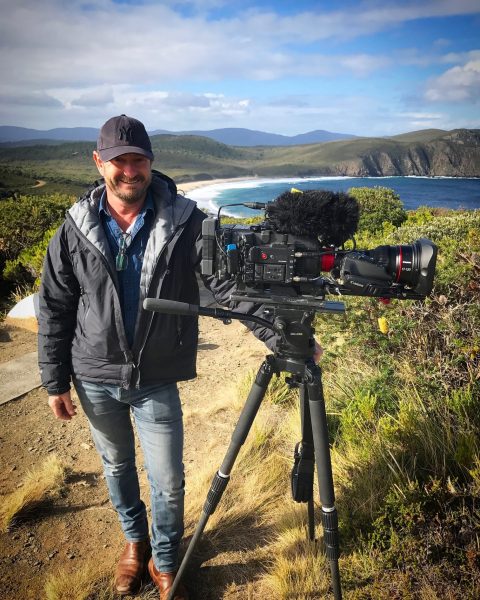 For the past few months, I’ve been using my new kit to shoot documentaries, lifestyle, current affairs and corporate productions in London, Los Angeles, PNG and around Australia. My C700 is configured like an ENG camera with top mic and audio receivers, but at the same time it is more than capable of delivering cinema quality pictures that would satisfy any client.

I think that this camera was well worth the wait, and from someone who has struggled and tried to love the F55 and who finds the Amira too heavy and power hungry, I could not be happier with my C700. The EOS C700 with EF mount is versatile and reliable, a fun camera to use and it’s a pleasure to look through the viewfinder. I find it easy to use and ergonomically fabulous to shoot with.

I paid hard-earnt money for my kit and I’m not sponsored by Canon at all (although Canon Australia have provided me with excellent customer service). There is so much cool stuff that I keep discovering with this new toy. Many people have said that Canon are too late to the party with their shoulder mount cinema camera –but it is always the coolest people that come to the party late. So far, I have no regrets at all – I’m loving it!

Andy Taylor ACS, is one of Australia’s most experienced freelance documentary cameramen and an accredited member of the Australian Cinematographers Society.

His work over the past 30 years has been recognised with 26 Australian Cinematographers Society Awards, and 5 prestigious Walkley Awards for Cinematography.
From 2009 until 2016 Andy filmed stories throughout Australia and around the globe for
60 Minutes - Australia’s leading current affairs program. He has covered every story genre, from human interest, natural disasters, wildlife and adventure, celebrity profiles, cold case murder mysteries, and much more.....

Previously he was the senior cameraman at the Australian Broadcasting Corporation, where he worked for 25 years based in Sydney, London, and Moscow. Shooting credits included 96 episodes of Four Corners, and many stories for Foreign Correspondent, Australian Story, 7.30 and Lateline.
Andy has also filmed prestigious documentaries for National Geographic, Dateline NBC, the BBC and ABC. He has also shot several dramas, short films, corporate and music videos.
His work has taken him to over 115 countries and territories, working extensively throughout the USA, Canada, South America, Europe, Asia, Africa, the Middle East, Australia and the Pacific. Covering many wars, conflicts and areas of civil unrest including: Iraq, Afghanistan, Israel, Gaza, Kuwait, Saudi Arabia, Libya, Rwanda, Zaire, Angola, the Balkans, East Timor, Indonesia, PNG, Northern Ireland, North Korea, Abkhazia and Russia. He has filmed major natural disasters including earthquakes in Fukushima, Haiti, Armenia and the 2004 boxing day tsunami in Ache. Andy has been shot at many times, shelled, ambushed and attacked, arrested by the KGB, kidnapped by the IRA and confirmed dead in an plane that was shot down.