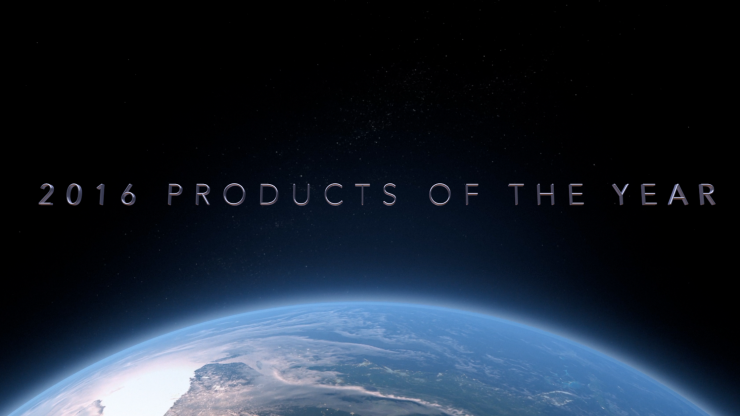 2016 was a big year for gear announcements. Here at Newsshooter we have chosen the products we thought were the best releases of the year in a range of categories.

RED has always been a company that strongly divides opinion. But no matter whether you loved, or hated the company’s previous offerings, it is hard not to be awed by technical achievements of the Weapon 8K and 8K VV. The new Helium sensor creates a lovely image which has resolution in spades. Low light used to be no go for RED sensors, but the Helium changes all that. On the hardware front the camera has pretty much every bell and whistle that you would expect to find on a modern cinema camera – although you will probably need to buy modules to get everything you want. 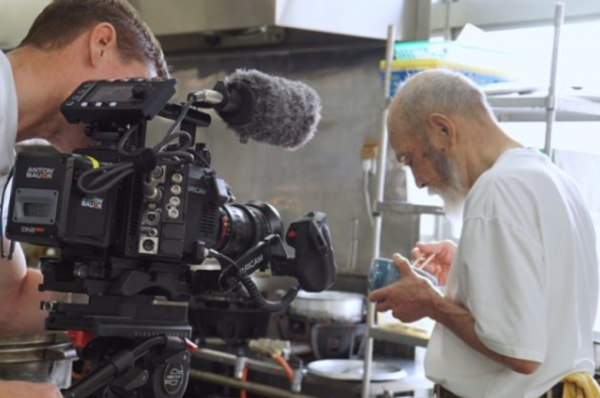 Panasonic Varicam LT- This camera shoots really nice images straight out of the box and unlike some Sony cameras you don’t need to tinker with it too much to get great results. Ergonomically it is very good, but on the downside it does have a poor set up for dealing with audio as a solo operator. It is also limited to only doing high frame rates above 60p in crop mode.


Kinefinity TERRA 6K– 6K for $6k is hard to ignore. We’ve have always been impressed with what these guys have managed to do considering the size of the company. The TERRA 6K provides a lot of bang for your buck. 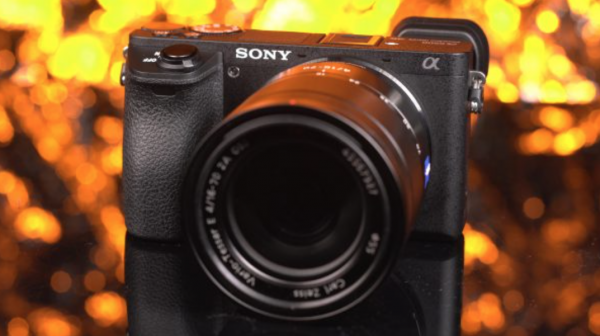 Sony a6500-This camera surprised us all when it launched after IBC. It offers an excellent combination of 4K recording, class leading autofocus and in-body image stabilisations. There is little else that provides this combination of price and performance. The only serious omission is the lack of a headphone jack. Broadcast users should be aware that it has heavy aliasing, but for online use its a clear winner. The Panasonic GH5 would have been in the running for this, but as yet there is no official detailed specifications available so it’s impossible to fully evaluate.

Sony a6500- Dan and I don’t tend to agree a lot when it comes to gear, but in this category it was hard to overlook the a6500. With touch auto focus, in-body image stabilisation, and internal 4K recording it is hard to beat for the price. The biggest draw back is the lack of headphone jack which is a massive oversight in my opinion. Still, it makes a great “B” camera if you own a Sony FS5 or FS7. 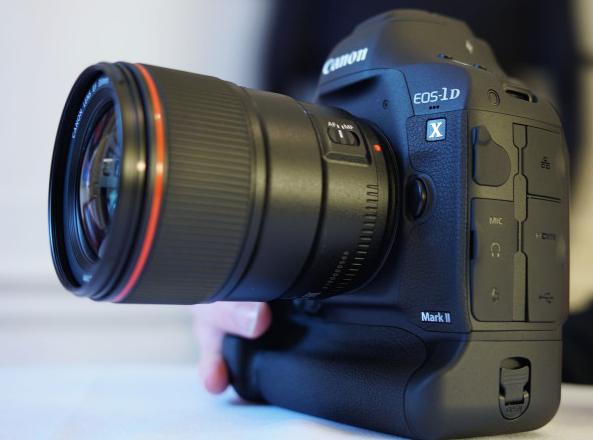 Canon 1DX Mark II– Despite its hefty price tag this camera is capable of producing really nice video and stills images. The touch Dual Pixel CMOS AF performs incredibly and the 4K video is about as good as it gets from a DSLR. The lack of a 4K external output and Canon Log are the main things holding this camera back.

Canon CN-E 18-80mm T4.4 L IS KAS S servo zoom- This lens performed well when we tested it. It resolved very well with few obvious flaws. It has a useful range and perhaps more importantly a cheap servo option and autofocus with the right camera. The only downside is the slow T4.4 maximum aperture, but its a trade-off I’d be prepared to make considering its weight, size and cost. I expect to see a lot of these on documentary shoots in 2017.

Angenieux EZ series– Despite so many other affordable cine lenses being released by Zeiss, Canon and Sigma, the Angenieux EZ series stood out for me. Not only do they have have interchangeable lens mounts, but also interchangeable rear optics. The two zooms (15-40mm T2 and 30-90mm T2) allow the rear lens group to be exchanged between S35mm (up to 30mm image diagonal), and VistaVision format (up to 46mm image diagonal).

Zeiss LWZ.3 21-100mm T2.9-3.9– Despite it being only Super 35mm and having a ramping aperture, Zeiss have built a well made workhorse lens that offers a lot of bang for your buck. The interchangeable mount is a great feature and means you can buy with the confidence that it will more than likely fit your next camera.

Sigma 50-100mm f1.8– Sigma surprised pretty much everyone when they launched this APS-C/Super35 lens earlier this year. A companion lens to their incredibly popular 18-35mm f1.8 ART lens, it means that you can get from 18 to 100mm (with a small gap between 35 and 50) at f1.8 with just two lenses. The duo effectively replace a whole bagful of primes. It is very sharp and resolves well. It isn’t perfect however, it breathes quite heavily and would benefit from an image stabilizer, but for the money its still very impressive.

Sony 85mm f1.4 GM– Sony really don’t get enough credit for some of their stills lenses. The 85mm G Master is a spectacular lens that offers performance that is as arguably as good as the Zeiss Otus 85mm f/1.4 for a fraction of the price. With a manual iris and improved fly-by-wire focus system the lens works well for both stills and video.

Honourable mention
Tokina 14-20mm f2.0 – This lens was launched towards the middle of 2016 with little fanfare. At present it is one of a kind, offering a useful wide zoom range for APS-C/Super35 cameras, coupled with a super fast f2.0 maximum aperture. It is sharper than the venerable Tokina 11-16mm f2.8, and has well controlled chromatic aberration and distortion. A great companion to the Sigma 18-35mm and 50-100mm.


DJI Inspire 2–– DJI were launching products at an extraordinary rate in 2017. The Inspire 2 was the stand out product for me. Not only did they create the best drone at its price, they also gave it a Micro 4/3 camera that has better resolution and image quality than any of its conventional rivals. Panasonic and Olympus don’t do RAW video, and Blackmagic Design don’t have the resolution. The results rival imagery from much larger and more expensive aerial platforms. Impressive.


DJI Mavic Pro– I haven’t owned a drone since the Phantom 2, but the Mavic Pro quickly changed all that. Its compact size and ease of use make it the perfect drone to keep in your kit all the time. For the occasional flyer who just needs to grab a few shots every now and then there is no better option than the Mavic Pro. 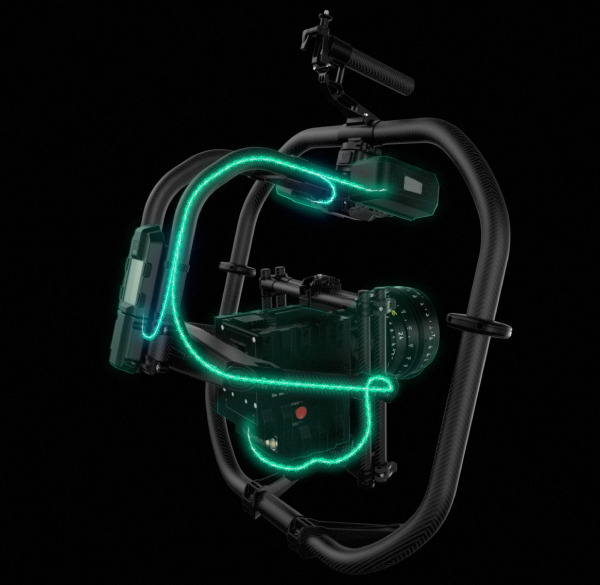 The MoVI Pro-is the latest and greatest brushless gimbal from the company that started it all off. This model is all about refinement and practicality. It simplifies many operations and makes it easier to get set up and shooting quickly.

Litepanels Astra soft– When we first saw the Litepanels Astra Soft at the BVE show in early 2016 I was reasonable impressed but not wildly excited. I love the regular Astra because its easy to set up and has excellent light quality. At first glance it is just a regular Astra with built-in diffusion – removing the need to fit a softbox. I did pick one up and its grown on me over the year. The main reason is that I can now set up a simple interview with a nice soft light in a matter of minutes. Because there is no big softbox to get in the way I can get the panel into very tight spaces. The Astra Soft isn’t revolutionary, but it helps me to get my job done that little bit easier and for that reason it gets my vote


Aladdin 4x 1×1 foldable LED light– There are very few, if any lights on the market that can match the versatility of this light. Having four 1×1 panels that can fold up into light that is smaller than most traditional 1×1 panels makes this product perfect for shooters who travel. The ability to light two interview subjects at once with the one light or transform it easily and quickly into a variety of shapes is unmatched.


Lupo Super Panel– The current king of output, the Lupo 1×1 Super Panel is capable of putting out an amazing 24000lx at a distance of 1 meter. Not only is it extremely powerful, but it also is very colour accurate. 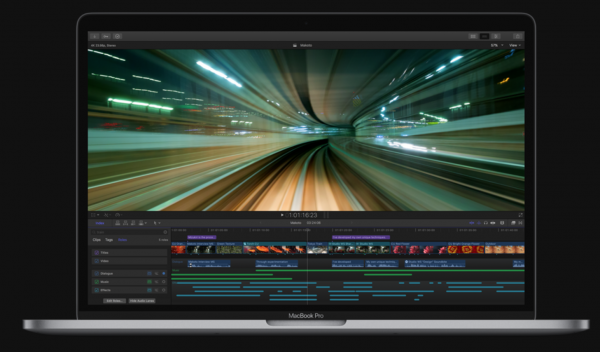 FCPX 10.3.1– FCP X has been slowly growing in popularity from what I can see. It still isn’t my editing software of choice (I use Premiere for most things), but the latest version has enough funky new features to have me thinking about moving back to Apple’s solution. I especially like the media management tools.


Kyno–Kyno is one of those programs I wish someone had come up with a long time ago. In short it allows anyone to view, log, organise, and transcode footage from just about any type of camera or codec. 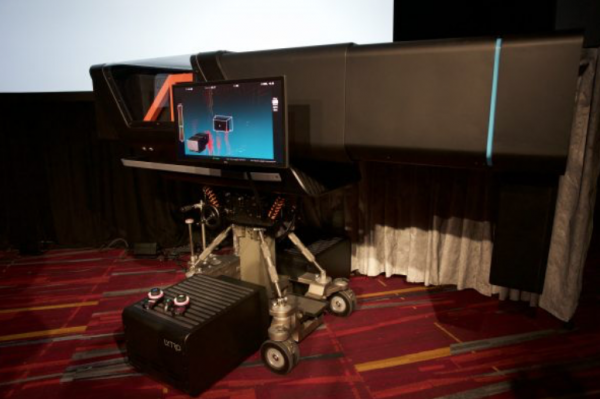 Lytro light field cine camera– Again, a rare moment where both of us agree. A demonstration at NAB showed just how far technology has come. The Lytro light field cine camera may be the size of a small truck and cost a small fortune, but it does give us a glimpse into what is possible in the future. With 755 Megapixels it has the highest resolution of any cinema camera around, coupled with the ability to focus the image after acquisition. It may be some time before the average user gets his or her hands on this kind of tech, but it is surely going to come at some point.

Honourable mention
DJI Mavic Pro- Creating a foldable, tiny drone is no easy task (just look at what happened to GoPro’s Karma). DJI some how managed to develop a drone that was not only ultra portable, but feature packed with a large array of in-built safety systems.