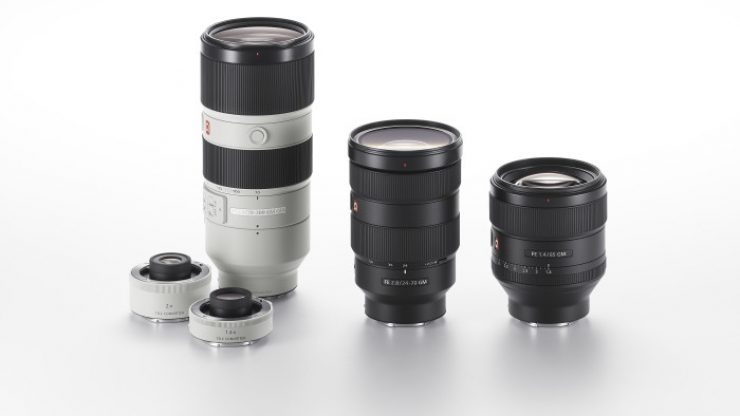 As well as announcing the new a6300 today, Sony have also introduced a new line of ‘G-Master’ FE lenses, primarily aimed at users of their full frame a7 series cameras.

The lenses address a gap in Sony’s current lineup – fast glass in the full frame native FE mount. Until now users in search of fast zooms have needed an adapter to use either Sony’s own A-mount lenses or those from another manufacturer like Canon or Nikon.

The 70-200mm has Sony’s Optical Steadishot stabilisation system on-board, but the 24-70mm doesn’t. This is a slightly odd decision on Sony’s part given that FS camera owners would want image stabilisation in a lot of instances.

On a more positive note, Sony is touting the near circular 9-bladed apertures on the zooms as producing pleasingly circular out-of-focus areas. The demo videos certainly look impressive.

The new FE 85mm F1.4 GM has an eleven-bladed aperture for even better bokeh. It is also focus-by-wire but also includes a manual aperture ring like that seen on the Sony 35mm f1.4. It is switchable between clicked and clickless; useful if you’re moving between stills and video.

Overall, Sony’s interchangeable alpha lens lineup now seems rather confusing for video users. The optical performance is clearly there, but there is a lack of mechanical control that video users prefer. It’s also a shame there’s no Carl Zeiss tie-in with this range and the lack of manual iris on the zooms is especially disappointing.