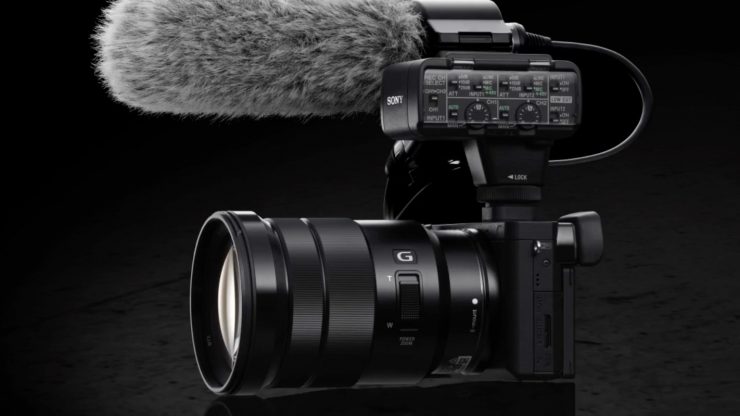 Today Sony took the wraps off their latest consumer camera, the a6300. The successor to the excellent a6000 brings most of the high end video features of the a7 series and places them into an consumer level APS-C sensor body. The camera records 4K internally using the XAVC-S codec and it does this using a Super35 section of the sensor with a full pixel readout, without any pixel binning. It then takes the resulting near 6K image and oversamples the information to create the 4K image. Like the a7S II and a7R II is records to SD card at 100 Mbps in 4K. There is also HD shooting at 50 Mbps. As ever the company promises great quality in low light and excellent colours – maximum ISO is 25,600 for movie shooting. There is sure to be rolling shutter but there is no information on the extent of it as yet. 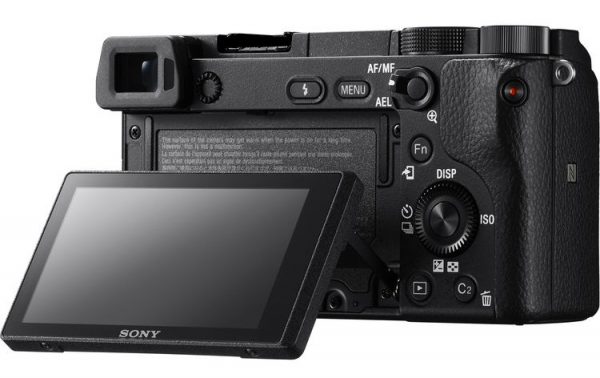 The a6300 is limited to a recording time of 29 Min 59 Seconds and is NTSC/PAL switchable. The HDMI out is a clean 8-bit 4:2:2. This should allow the addition of external recorders just like the a7S. There is no information at this point about how the camera will cope with extended shooting and overheat issues.

Also like the a7S II the camera can shoot 120fps in HD at 100 Mbps. There is a 1.1x crop factor when using this mode. I await samples to see how well this compares to the a7R II and a7S II.

The camera has perhaps the most sophisticated AF system seen in a compact system camera to date. For stills it uses what Sony call 4D FOCUS. This has incredibly fast acquisition time and a whopping 425 phase detection AF points. It can shoot 11 frames per second with continous AF. For video the autofocus system is claimed to be twice as fast as the a6000. AF speed and tracking sensitivity are adjustable. Whether this translates into something more usable than the a7S II AF is unknown right now. The demo video below looks impressive but perhaps the more important question it how it handles human faces on the move. It is possible that the new AF system could actually be a competitor to current leader – Canon’s Dual-Pixel CMOS AF.

Perhaps the most surprising thing is the addition of both S-Log2 and S-Log3 gammas to the camera. Something previously not seen at this level. Sony claim 14 stops of dynamic range – although I would suggest care should be taken when using S-Log for internal recording. S-Gamut is there too for a wider colour gamut.

Audio is catered for with a 3.5mm mic input jack and common microphones like the Rode Videomic Pro can be added. You can also add the XLR-K1m and XLR-K2m audio adapters from Sony that use the MI shoe connection on top of the camera.

The electronic viewfinder (EVF) is a 2.4 million dot XGA OLED Tru-Finder that looks similar in specification to the one on the a7R II – although there is no mention of the Zeiss T* optics that the R II EVF uses. The viewfinder has a mode that allows it to display images at 120 fps so that there is no smearing when trying to follow fast moving subjects. Quite how this works when shooting video is unclear at this stage.

The EVF and rear screen have zebra options to help monitor correct exposure. If you are shooting S-Log there is also the Gamma Display Assist function of the a7S II that allows you to view the image in a simulated REC709. 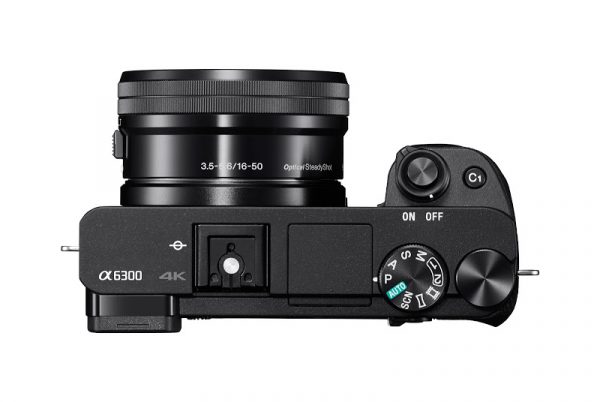 Timecode info is also supported in the camera.

So where does this camera sit? It has almost every feature that the a7S II and a7R II have, but at a much lower cost. Perhaps the only really significant omission is the headphone jack. This will require some kind of HDMI audio solution to work – perhaps an EVF, monitor or recorder with 3.5mm headphone jack. This is turn would break the otherwise compact form factor and add cost. You can of course opt to record dual system sound and synchronise later in post, but it seems an unnecessary step in this day an age.

The Super35 recording area for video makes this camera compatible with a wide range of cinema and still lenses. There seems to be little reason, apart from the audio, to opt for the a7R II now if your focus is video. Don’t expect the a6300 to rival the a7S II when shooting in low light. For this reason alone I expect the a7S II to remain the de facto choice for video journalists. If you are on a limited budget, or need a B camera for your a7 or FS series camera then the a6300 should definitely go to the top of your list of cameras to check out.