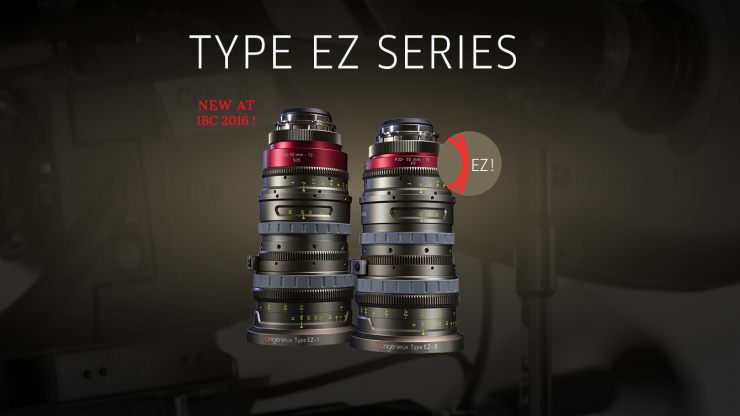 In a bold move Angenieux have announced new zoom lenses, which are part of the new Angénieux Type EZ Series. The EZ Series are not only fast and light weight, but they also include a very innovative modular design (Interchangeable Rear Optics IRO technology™) to cover S35 mm and larger image formats for cine and broadcast productions.

Designed for both Super 35mm digital motion picture and FF/VistaVision cameras, the Angenieux Type EZ series has been created to fill the wide gap that exists between basic still photography zooms and the more expensive lenses used in the motion picture industry. Angenieux are hoping that ENG-style productions using digital cinema cameras will now be able to achieve high optical quality at an affordable price. These lenses look to be a great option for owner operators shooting documentaries, corporates, or run and gun applications. 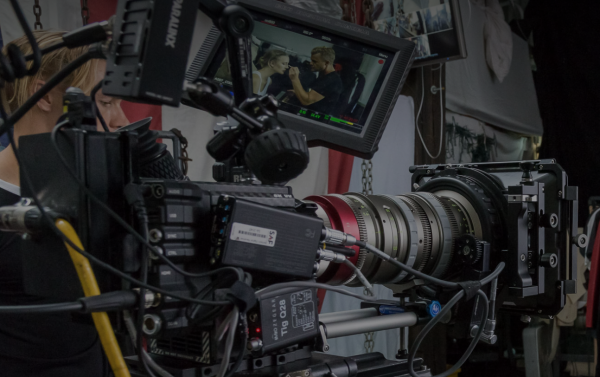 The two new Angenieux Type EZ Series have been designed to allow the rear lens group to be exchanged between S35mm (up to 30mm image diagonal), and VistaVision format (up to 46mm image diagonal).

The Angenieux Type EZ-1 is a standard zoom lens with a zoom factor of 3x. When configured for S35mm cameras, the focal range and aperture are set to 30-90mm F1.9 / T2. By exchanging the rear lens group, the lens becomes a 45-135mm F2.8 / T3 covering an image circle up to 46mm diagonal. The lens weighs (2.15kg / 4.7 pounds) and uses internal focusing & zooming, so that the lens size remains constant throughout the zoom and focusing range. It also has a minimum focussing distance of 0.6m / 2 feet.

By using a similar concept to how speed boosters work, Angénieux have been able to make the EZ Series. By adjusting the image circle size, the focal length is changed to achieve a field of view in both S35 and Full Frame that is very similar. When light coming into the lens directs the image onto the smaller target area of a Super35 sensor, the light intensity increases. The result of this is why an aperture of T2.0 can be achieved for the Super 35 zoom. Subsequently when the light is directed onto the larger target area of the full frame, the light intensity decreases, resulting in a constant aperture of T3.0. For a full frame lens this is still extremely impressive given its modest size and weight.

Angenieux have also designed the Type EZ Series so users can also easily change between PL, Canon EF and Sony E mounts. This is something that has been very popular with the Zeiss CP.2 primes and CZ.2 zooms. Also available will be a detachable ENG style zoom grip that is being made by Movcam.

The lenses will be available to be purchased separately in either S35 or full frame configuration. You will also be able to buy them in a package where you will get both the S35 and full frame rear lens groups. For documentary and run and gun shooters, the S35 versions probably make the most sense. With their fast constant aperture and low weight they would be a good addition to any shooters kit. The ability to change them over for full frame sensors is a big bonus, that provides you with a certain degree of future proofing.

Both lenses are built in a full metal casing, with internal thermal drift compensation, which allows focus to remain constant when the temperature changes. Focus / Zoom / T-stop can be controlled precisely due to the wide rotation angle of the 3 control rings, which are also equipped with cinema industry standard gear teeth. The lens size remains consistent across the zoom range due to the internal focusing & zooming mechanism. Users can easily configure these lenses to support different imaging formats (S35 or FF/VistaVision), and different lens mounts (PL, EF, or E) on their own, without returning their lenses to service centers. Full frame EZ zooms will fit RED 8K VV, Red cameras recording at resolutions higher than 5.5K, ARRI Alexa Open Gate, ARRI Alexa 65 with VistaVision crop and also Full Frame DSLR cameras such as SONY a7S Mark II, Canon EOS 5D Mark IV, 5DS, 1DX Mark II…and more to come.

According to sources the EZ Series are manufactured in conjunction with a Japanese company who have the ability to make the lenses in high volumes to keep the cost down. Despite this partnership, Angenieux are quick to stress that the lenses will still have the traditional Angenieux look, and colorimetry matching the Optimo and Optimo Style series.

The Type EZ series look to be a great concept, and if the price can be kept under $10,000 US a lens (this might be wishful thinking on my part), they could be a very popular choice for owner operators looking to invest in a lens they can use now and into the future. We are talking about Angenieux though, and they aren’t exactly renowned for making affordable cinema lenses. The entry level Optimo Style series lenses start around $17,000 US, so if the Angenieux Type EZ Series are supposed to be a bridge between still photography glass and expensive cinema glass, they will need to be affordable for owner/operators. The fast T2 or T3 aperture, depending on what frame size your covering, is remarkable for such a lightweight zoom that will undoubtably be priced at a very competitive price.

Deliveries are expected to start from the 1st quarter of 2017 through selected distribution partners. Prototype lenses will be shown at IBC 2016. 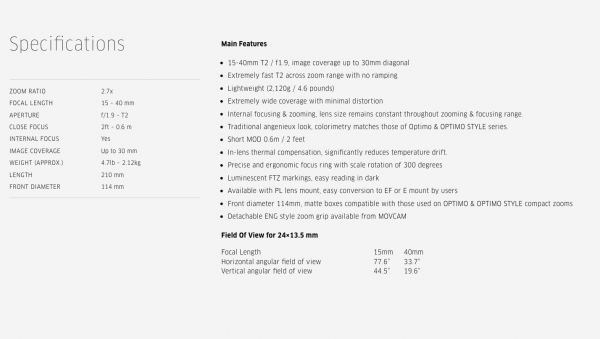 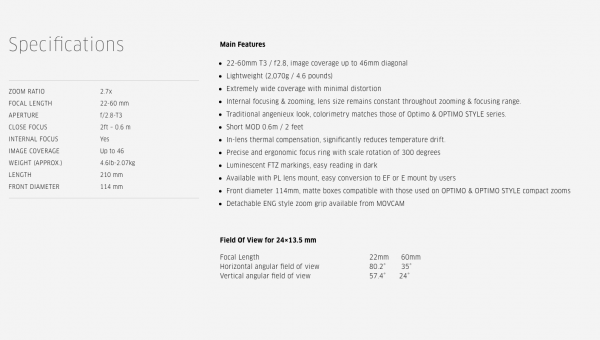 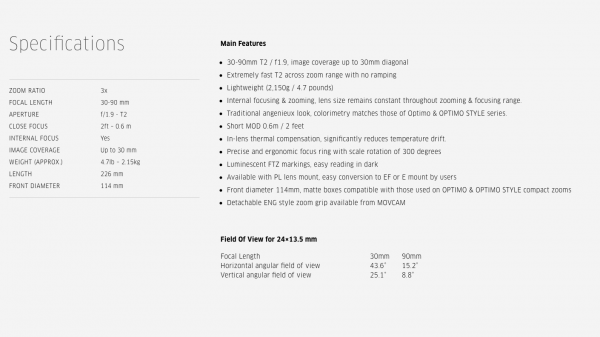 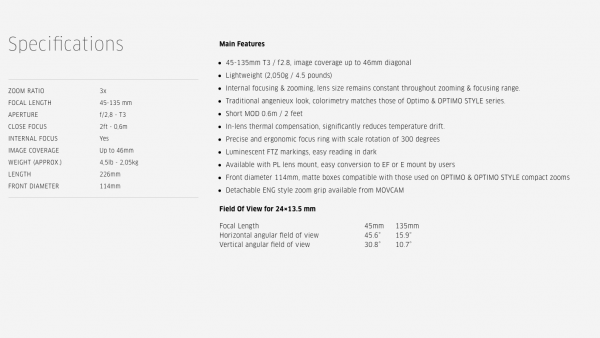