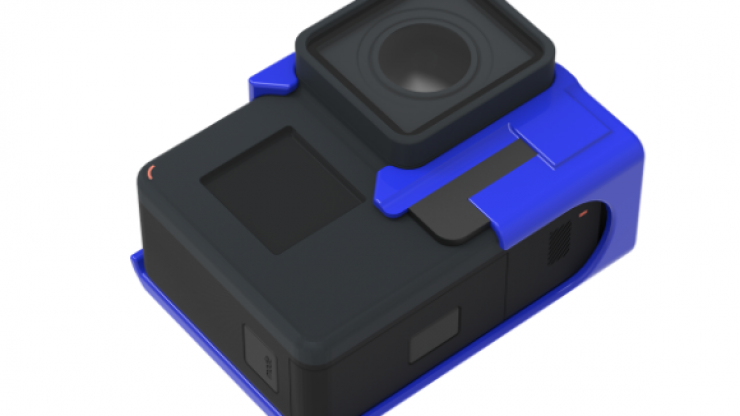 With the release of the Omni, GoPro seems to have it all: the cameras, the rig, the editing software. This end-to-end ecosystem is sure to make it more difficult for third-party rigs to survive. After all, he who manufactures the camera makes the rules: defines the dimensions, chooses inputs and outputs, etc.

Customers who buy certain 360 Plug-n-Play video rigs prior to December 1 will get the upgrade kit for free. The upgrade makes the rigs compatible with Hero3, Hero4 and Hero5 cameras.

A key benefit of the Plug-n-Play line, which includes 360RIZE’s Bullet360 and V2 rigs, is its flexibility. The series of modular rigs is intended to allow users to grow the number of cameras on their rig, set up multiple configurations, and update their rigs over time. The company’s GoPro rigs range from holding six cameras up to 24 cameras.

360RIZE’s Bullet360 line of cameras is equipped with control board technology, which allows users to connect each GoPro to the Bullet360 board via the camera’s Hero port to “daisy chain” each of the cameras together.

Once connected, users can turn cameras on and off and start/stop recording of all cameras, plus or minus five frames when shooting at 120fps. The wired remote switch also triggers a buzzer for audio syncing. To see which 360RIZE models offer the Bullet360 control board system, click here.

The following video shows the Bullet360 trigger system in action:

However, Bullet360 rigs are not eligible for the free upgrade, as GoPro’s Hero5 cameras don’t have a Hero port.

The V2 line, which requires users to manage each camera by hand or with a wireless remote, is available for the free upgrade and includes the following camera models: Pro6 v2, Pro6L v2, Pro7 v2, Pro10HD v2, 3DPRO and 360Orb.

The upgrade kit includes a number of hinged camera holders, depending on the number of cameras your rig accommodates, as well as the tools needed to make the adjustments.

Although the upgrade is free until December 1, customers will still need to pay shipping costs. Upgrades will begin to ship in December 2016.

In addition to its Plug-n-Play line, 360RIZE also makes a number of other 360 video rigs, including 360 monoscopic and 360 stereoscopic rigs. It also makes the 360Abyss, a six-camera VR rig made for GoPros that can withstand underwater depths of up to 1,000 meters.