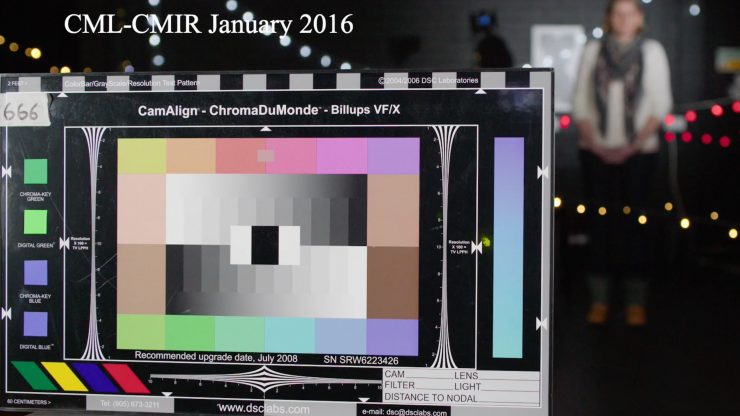 The founder of industry forum cinematography.net, DP Geoff Boyle has helped foster open, honest discussions about techniques and kit there since 1996. He also isn’t afraid to share an opinion or two (here he is chatting to site editor Dan Chung about the relative merits of popular camera systems, for example).

Over his career he’s used or evaluated just about every lens and camera combination out there, and what he looks for in glass is quite simple: “The main thing about lenses I choose is mainly how they respond to faces; some lenses just look better on faces than others. I’m then interested in consistency.”

And after a recent experience on set, he’s dug a little deeper into how different lenses perform by doing a series of tests, which with his kind permission we’ve embedded below. In Geoff’s words: “I was surprised on a movie I shot by some of the veiling glare/flare issues that lenses I was using created. These were not the lenses I would have normally used but the producer could get an amazing deal on them. I landed in a world of pain. Shots that would have been fine on my ‘normal’ lenses were really difficult to match with these lenses, both colour and black levels varied from shot to shot depending on the amount of large white areas either in shot or just near to the edge of shot.”

Originally the results were posted for members of the Cinematographers’ Mailing List blind – without any information about which lens was which, in an attempt to get viewers to think about their preferences without any preconceptions based on brands or price. “The biggest surprise,” Geoff says, “has been how well the zoom lenses have done … received wisdom is that primes will always be better than zooms. Well, in a blind test this has been proved to be totally wrong.”

The lenses on test were (deep breath):

And the first batch are embedded below, now identified after the beginning of each shot:

The testing methodology was simple but rigorous: “[We] set up a controlled environment that would allow for shots to be made in either dark conditions [or] bright conditions. In the case of the dark set we used motion control to do a pass without lights placed to cause flare and then one with lights specifically placed to cause flare. Lighting and camera moves were constant from lens to lens. In the bright environment it was a bit harder as we used ambient light but by judicious use of gain we were able to shoot at a constant aperture and keep levels matched.”

What do you make of the tests? Any surprises? We’re hoping to have Geoff as a guest on the Newsshooter live show at NAB, so if you have any questions for him, let us know in the comments below!