Using older glass on modern digital cameras to achieve a certain aesthetic has become increasingly popular. The majority of modern lenses have been designed with highly reflective coatings and super sharp optics. A lot of shooters feel that the image is less cinematic when you use them in conjunction with a high resolution sensor. To overcome this, cinematographers have been using various forms of lens diffusion to soften the look. There are also plenty of effects and filters that you could use in post if you waned to take that route. 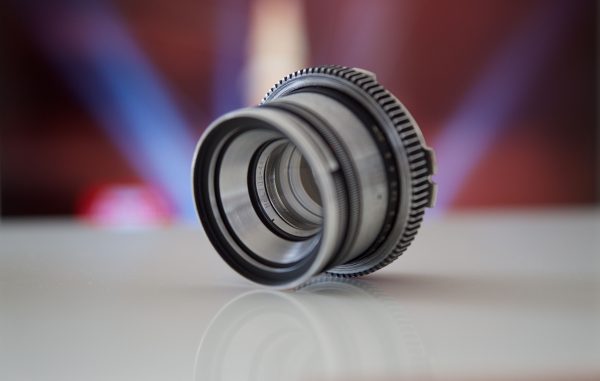 If you want to achieve a more stylised look in camera the other option is to use an older lens. There are plenty of options available and they can often be purchased for very little money compared to a brand new modern lens. One of the lenses I have been using recently is the Richard Gale Optics (formally Dog Schidt Optics) Flare Factory 58. 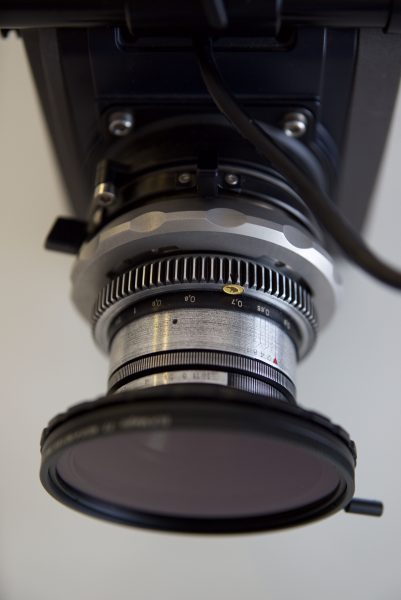 Richard creates the Flare Factory 58 by using salvaged optical components from the former USSR. Each lens is meticulously dissembled, cleaned and reassembled using uprated mechanical parts and modern lubricants. The lens is made to order and can be configured to your personal taste.

Options include:
Oval apertures – producing oval defocus distortion
Removal of optical coatings – affecting contrast
Careful degradation of optical surfaces – promoting off axis flaring / rainbow fans
Application of light sensitive coloured pigments – these react to light levels in a scene and create dynamic shifts in the colour rendering of the image. Since the effects are more prominent in the shadows and midtones the effect is different to that of a front mounted gel filter. The result is very similar to the affects of using expired film stock where colour shift is often unpredictable and dependent on the extent of expiration and how the stock is exposed.
External Finish – Brushed aluminium, Gunmetal, Matte powder coatings, RAT (faux rusty look)

As its name suggests, the Flare Factory 58 is a 58mm prime lens that can have a f2-f16 fluid aperture or you can choose to have it made at a fixed aperture. It has a 55mm filter thread and comes in a PL mount, but you also get a Canon EF adapter. This can be changed by just screwing the EF mount on and off which makes it a very versatile lens. 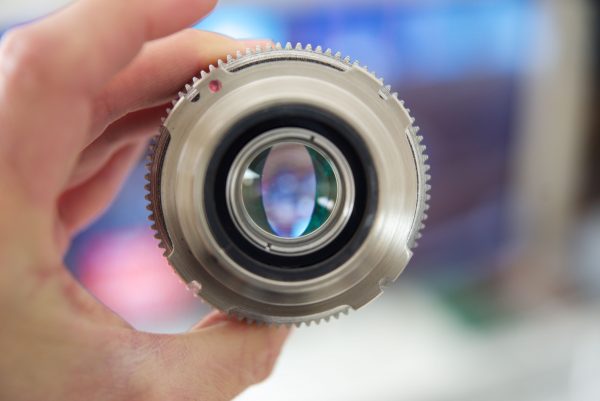 I chose to get my Flare Factory 58 configured with a 2x oval aperture (f3.2). By adding the 2x oval aperture the lens produces bokeh that is very similar to what you would get with an anamorphic lens. The trade-off with the 2x oval aperture is that your lens has to have a fixed aperture. As I only use this lens for certain shots, that was a sacrifice I was willing to make. Only mild degradations have been applied to the optical elements, but the most important feature of this lens is the mildly translucent aperture. The aperture is dyed in a highly concentrated cyan ink pigment meaning when the lens is subjected to large amounts of light, the lens imparts a cyan cast onto shadows and midtones. For shooting typical scenes the lens will not apply much of a cast, but in dynamic lighting the effect becomes more obvious. This effect leaves a signature onto the footage which can be compensated with a white balance tweak, or better, correction in post with raw. 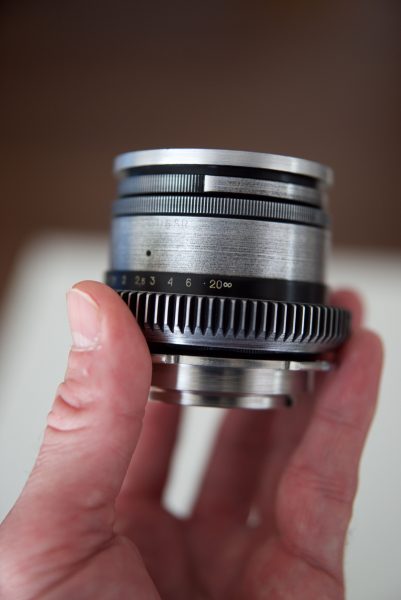 Obviously since the effect varies depending on how dynamic the scene is, the effects are also rather unpredictable and promote the use of creative coloring work in post, or creative use of WB offset. for example, biasing the WB away from cyan will give you a good baseline close to ‘correct.’ Then as light levels in a scene vary, the effect becomes either more or less obvious. Also, if you’re not shooting in Raw, it’s interesting to play with AWB since the lens can often confuse the camera and result in continually changing WB depending on the contrast in a scene. I have made up a custom LUT in ArriColourTool that I can use on my Amira and then in post when I use the Flare Factory 58.

Despite the optics being more than 50 years old, the Flare Factory 58 still produces sharp images. You do have to be careful when shooting in certain conditions though as the lens creates a lot of flare. This works well for certain shots, but it can be hard to control with others.

To overcome the problem of having a fixed aperture I usually screw on an SLR Magic variable ND filter using a 77mm to 55mm step down ring. This way I can control the amount of light entering the lens while still achieving shallow DOF and the nice oval bokeh. 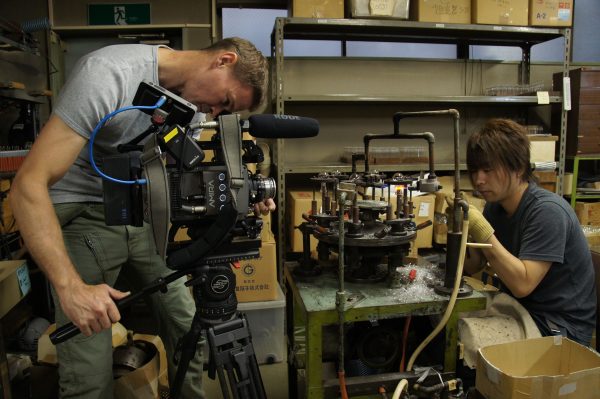 The lens is really tiny and almost looks comical when I have it mounted on the Arri Amira. While the lens is certainly not suitable for every job I do, it does give me the ability to create some interesting shots that have a lot of character. The Flare Factory 58 is available for £265 and can be ordered directly from Richard Gale Optics.