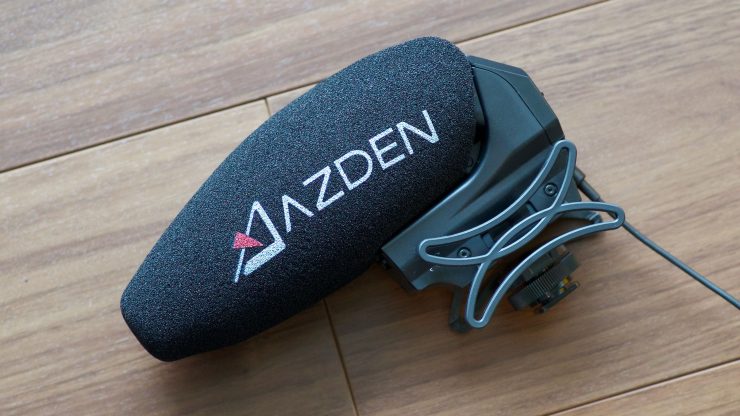 You may not be overly familiar with Azden, but the Japanese company have been making audio products for more than 60 years. Earlier this year the company released two new on-camera powered shotgun video microphones, the SMX-15 and SMX-30. The microphones are targeted specifically for use with DSLR and other compact camera systems. 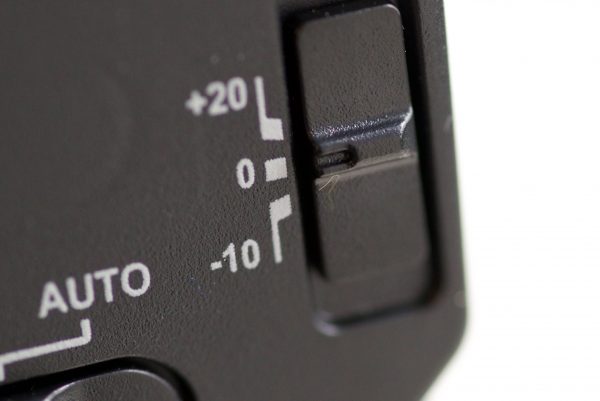 Both microphones feature a +20db gain booster to overcome the low-quality microphone preamps found in most DSLR and small compact cameras, that add noise when the gain is turned up. Rode were the first company to introduce this feature with the Video Mic Pro, and now most other companies including Azden have implemented the same feature into their microphones.

By using a +20db gain booster you can set the audio on your camera at a very low level to avoid having to use the noisy preamps. There is also a -10dB pad to protect against distortion when recording in loud environments such as live concerts and motorsport events. 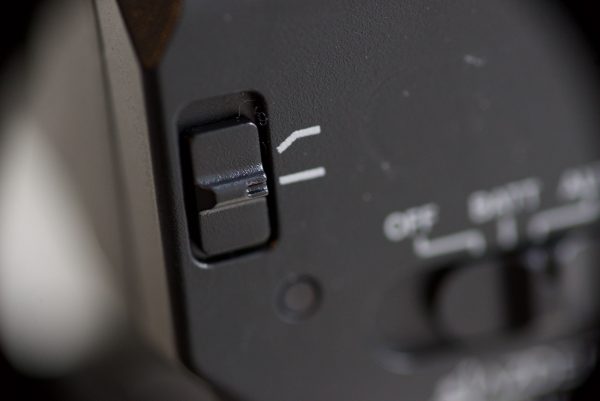 The SMX-15 and SMX 30 also have a low cut filter switch for reducing the level of low frequencies below 120Hz, which is useful for helping remove noise caused by things such as air conditioners, wind and loud traffic. 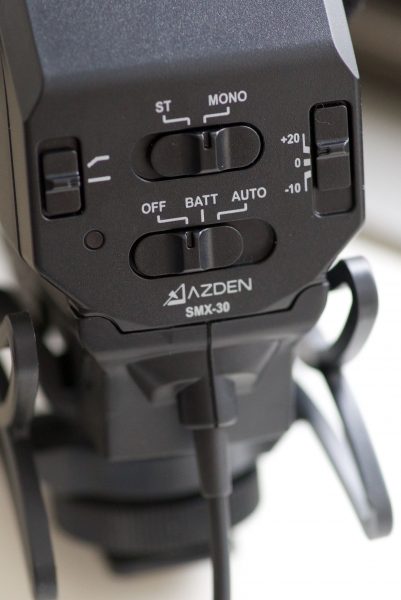 Having the ability to switch to stereo allows you to capture more immersive audio from your surroundings. This is particularly handy if you’re using your camera on a gimbal and you want to capture the sound around you as your camera moves. 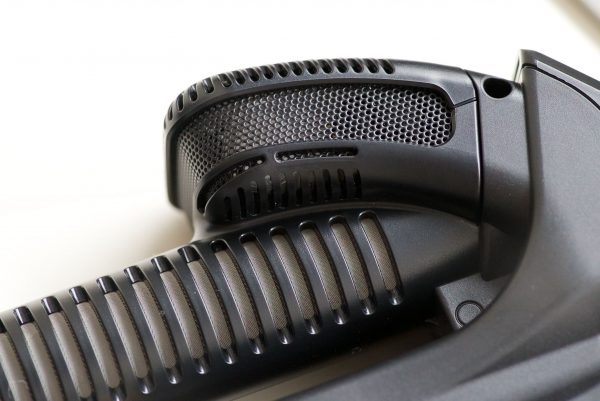 The SMX-30 is powered by two AA batteries instead of the 9V battery that is used in some competitor microphones. Azden claim you can achieve 24 hours of operation with a single set of batteries with no degradation of sound quality. The battery indicator LED light will illuminate to let you know when you have one hour of power left, giving you ample warning to change batteries. 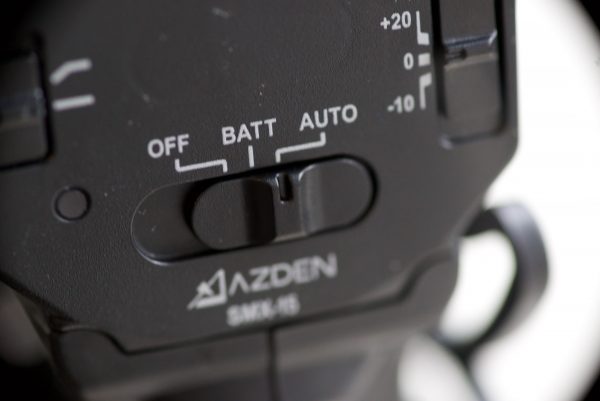 The microphone also has an Auto power setting. When set to Auto, the SMX-15 can detect when a camera is on and will automatically power on and off with the camera. This is a very handy feature as you don’t need to keep turning the microphone on or off, and you wont run into the problem of accidentally leaving it on and draining the battery.

As far as audio quality goes, it can be quite hard to judge on-camera microphones. I did a quick comparison comparing the SMX-30 to the popular Rode Video Mic Pro and the internal microphone on the Sony a7S. Both microphones offer far better audio capture than the internal camera microphone, which is to be expected. To my ears the Rode Video Mic Pro seemed to have better bass response, while the Azden sounded slightly crisper. Both microphones sounded good but in different ways. I would be happy using either one. 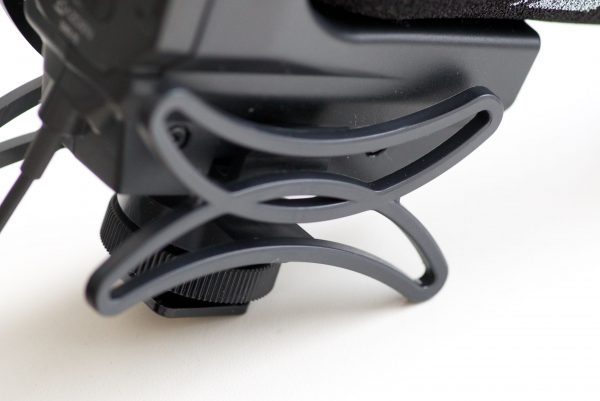 The SMX-15 and SMX-30 feature a custom made, shock absorbing shoe mount to isolate the microphone from camera motor and handling noise. The mount is designed to fit the standard camera shoe and comes with a ¼”-20 thread at the bottom for mounting to boom poles and other camera accessories. I found this mount to be very robust and well made. I did several tests where I shook the camera to see if the mounts moved and if there was any noise being produced. There was no noise and no excessive movement. Just how the mount would stand up over a prolonged period of time is something I was obviously unable to test. 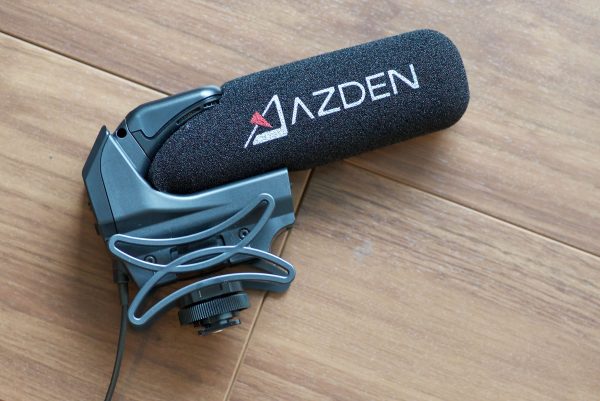 The SMX-15 uses a super-cardioid polar pattern for picking up sound in front of the camera, while reducing capture of extraneous noise from the rest of the environment. According to Azden, the microphone element is the same used by Azden’s professional shotgun microphones, the SGM-250 an SGM-250P. The microphone features 3 level adjustments: -10dB, 0dB, +20dB. 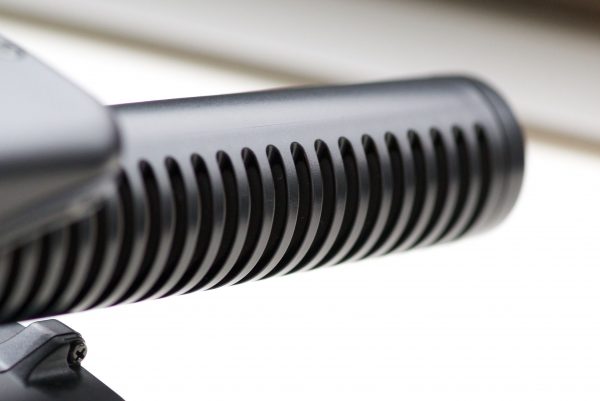 The SMX-15 has a lot of the same features as the SMX-30, including the Auto power setting and it also runs off two AA batteries.

Both microphones feature a custom, detachable foam windscreen, 3.5mm Stereo mini plug and they come with a 10-year warranty after registration.

I was impressed by the sound quality, build quality and features of the SMX-15 and SMX-30. Azden has done a nice job of creating two on-camera microphones that would be right at home on DSLRs or smaller compact camera systems.