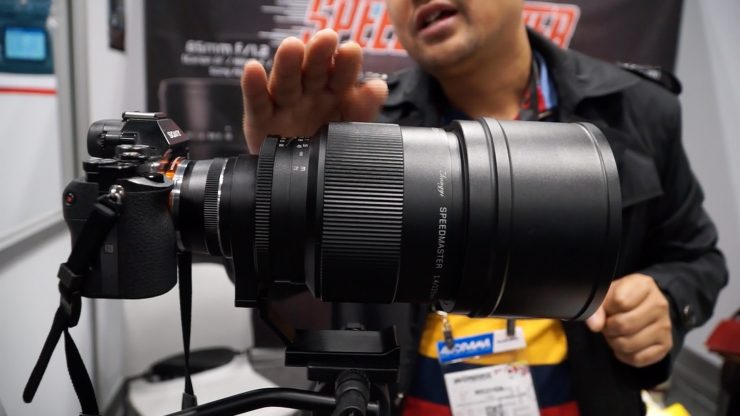 If you want REALLY shallow depth of field, check out the Mitakon Speedmaster 135mm f/1.4 that Zhong Yi Optics were showing at Photo Plus Expo in New York.

The Chinese firm had some prototypes of the lens, which will sell for $3K US and be available in early 2016.  They’re only making 100 of them, in your choice of Canon, Nikon, or Sony mounts.  It’s an all-manual lens with 11 elements in 5 groups, 11 aperture blades, and a 105mm front filter. They’re taking pre-orders on their website with a $500 US deposit.

The prototypes were a little rough mechanically but they say the production lenses will have the fit and finish of the rest of their lens line. The image out of the lens was impressive – have a look at the video above for some footage through it.