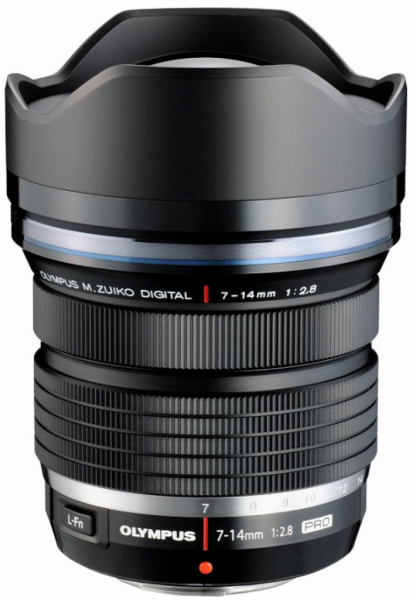 One significant shortcoming of the M4/3 system is that the current ultra-wide lenses offered are not well suited to video shooting. The Panasonic 7-14 is limited to a F4 maximum aperture and has a petal shaped hood that makes it hard to attach any sort of filter without a custom adapter (Fotodiox have a solution that works). Panasonic also make a fixed 8mm and Samyang have an 7.5mm f3.5 lens, but both are fisheyes. Olympus have an older 7-14mm 4/3 lens that can be adapted but it is also only F4. Sigma have a 8-16mm that can be converted to fit but it is even darker at F4.5 – F5.6. The ever popular Tokina 11-16mm f2.8 can be used on M4/3 but to get a ultra-wide view it needs to be fitted with a Metabones Speedbooster. The Canon 8-15mm can be used with a Redrockmicro adapter, but it is only F4 again and a fisheye.

With the impending launch of the Panasonic GH4 and also the continued popularity of the Blackmagic Pocket Cinema Camera there is an obvious need for something better and faster.

Enter Olympus, who yesterday announced the development of a new ultra-wideangle zoom for the micro 4/3 standard that on paper looks like a big improvement. The new 7-14mm f2.8 is a whole f-stop faster than the 7-14mm lens from Panasonic. It is dust and splash proof and if the optical quality is in line with other Olympus PRO line lenses it should be very good.

Sadly it does have a petal shaped hood which will need some kind of custom shaped filter adapter or rear gels for neutral density. Also it is unclear if this lens will have a distance scale and manual focus is likely to be fly-by-wire – the same as the company’s other PRO lenses.

The major downside though is that the slated released date is some time in 2015, so sadly it may be quite a long wait for eager GH4 owners.

Price is still to be announced.