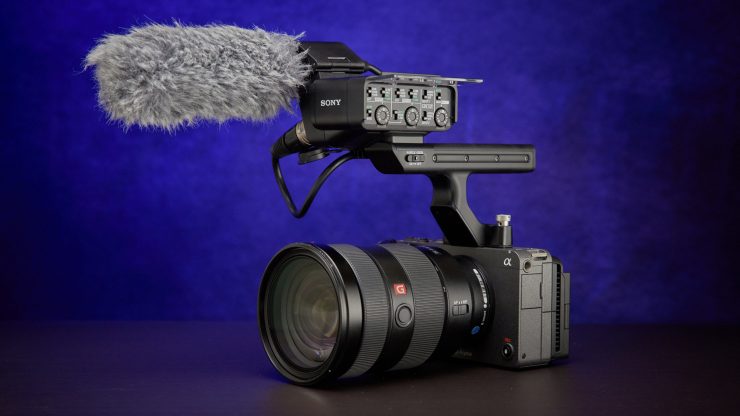 Sony has released the Ver. 2.02 (Windows/Mac) firmware update for the FX3. This comes around the same time as the FX30 V1.02 Firmware Update that we told you about yesterday.

Ver. 2.02 Firmware is not a big update I am sure some owners of the camera would have liked to have seen Sony ad some basic features that they think are missing from the camera.

With the addition of the new Log shooting modes that were introduced in the Ver. 2.00 firmware update, Sony has reviewed the picture profiles and the gamma settings and concluded that S-Log2 is no longer needed. Therefore, it will no longer be an option on your FX30 once you install this new firmware. After the update, you will need to use the gamma setting S-Log3.

Ver. 2.02 also adds improvements when connecting to the Imaging Edge Mobile app so that it is easier to do. After pairing the app with the camera, you can transfer images and shoot remotely just by operating the app. You can refer to Pairing the camera with a smartphone (Smartphone Regist.) in Sony’s Help Guide for more details. Please note that you will also need to update the Imaging Edge Mobile app to Ver. 7.7 or later, and register as a new camera after the update.

The other thing to be aware of is that the NFC one-touch connection function used up to Ver. 1.01 of the camera will no longer be available.

You really need to be aware of one caveat before you update your firmware so you don’t end up crying later on! When you update to version 2.02 it will delete the LUT (Look-Up Table) settings in the camera. You will need to re-register the LUT settings after the update is complete.

Precautions when updating from Ver. 1.01 or earlier

How to update your FX3

The latest version of the system software update is compatible with the following Macintosh operating system versions:

The latest version of the system software update is compatible with the following hardware:

Step 1: How to Install the Sony Camera Driver

Step 3: Confirm the system software version of your device