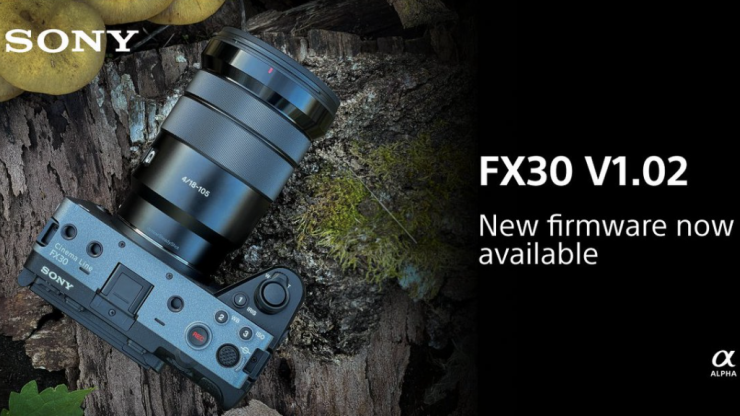 Sony has released the V1.02 firmware update for the FX30. Before you get too excited, this doesn’t add any new additional features, it simply just addresses a few bugs.

How to update the firmware

Follow the instructions below to check the system software version.
Note: If the Date/Time setting screen appears when you turn on your camera, be sure to set the date and time to the correct values.

WARNING! Make sure that there is only one BODYDATA.DAT file on the memory card. If you have used the card for a previous update, format the memory card in the camera before downloading a new file.

You then need to insert a formatted memory card into a computer. Save the data in the root directory of the memory card. Do not change the file name!

Please also make sure that use a fully charged NP-FZ100 battery pack because the update can only be performed when the battery power level is three bars (or more) or above 51%. Do not remove the battery during the update as the sudden loss of power may render the camera inoperable.

You also need to be very aware that only slot 1 recognizes the system software data, so don’t try and do a firmware update with the card in slot 2 because it won’t work.

To start the firmware update you do the following:

When the update is completed, the camera will automatically restart

What if it isn’t working?