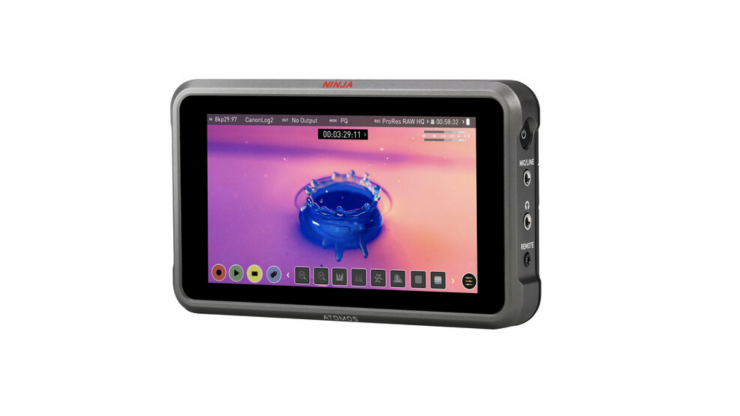 Atomos originally had a deal at the end of last year where you could get the Ninja V+ for $999 USD. It was originally $1,499 USD when it was first announced.

The Nikon Z9 can record ProRes RAW internally as well as its own N-RAW so you have to wonder what the future holds for external recorders moving forward. RED has taken legal action against Nikon, so it will be interesting to see what happens with that case.

The Ninja V+ also includes a H.265 free-to-download license to record with the high-quality, low-bandwidth codec for up to 10-bit recording in ProRes 4:2:2. The display features include a 10-bit screen with a brightness of 1000 cd/m², AtomHDR technology for accurate monitoring of your Log gamma footage, and support for popular log formats from Sony, ARRI, Canon, JVC, Panasonic, Nikon, RED, Sony, and Z CAM cameras.