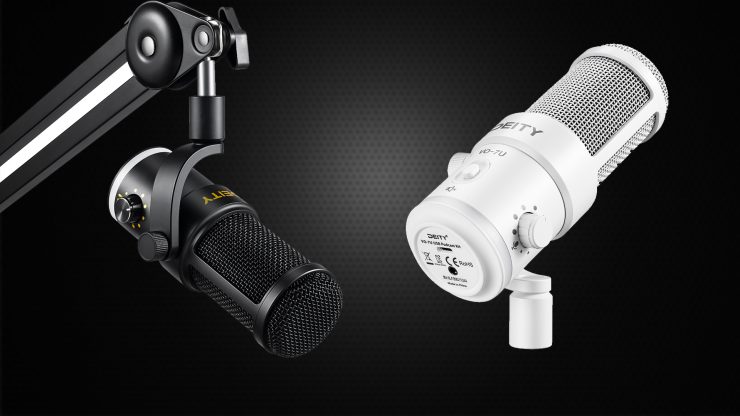 They found that many users had to add low-cut filters to their voices while using the current lineup of dynamic microphones on the market today using the bundled software.

This can be a hassle if you want to join a simple video call. Deity’s goal was to keep it simple without the extra steps of bundled software and be compatible with more operating systems, such as the Chromebook or a web-based streaming app.

Deity states that the VO-7U is a hardware-driven microphone featuring onboard headphone controls, gain controls, and a built-in hardware analog limiter. Even if you’re streaming or recording using an Android phone, MacBook or iPad, every feature is available. Users are not restricted to the Windows platform.
The VO-7U is compatible with OBS Studio, Zoom, Skype, Discord, Twitch, StreamYard, Riverside.FM, Audacity, and more.

The VO-7U Includes an onboard hardware analog limiter to prevent audio distortion when the user changes the level of speech. Podcasting is more conversational, and having the limiter means you can raise your voice without concern.

For some flare, the VO-7U has LED lights on the front of the microphone with 12 presets. The LED ring is off by default. You can adjust the brightness of the LED ring with a long press of the headphone volume knob.
360 degree RGB slow spinning, RGB slow-wave, white, purple, red, candle effect, yellow, neon green, ocean waves, cyberpunk, breathing light effect, and heart-shaped waterfall

Available in both black and white in two kit configurations. A solo version retails for $169. USD and as a podcasting kit with included boom arm for $199. USD The VO-7U is available for pre-order starting today.