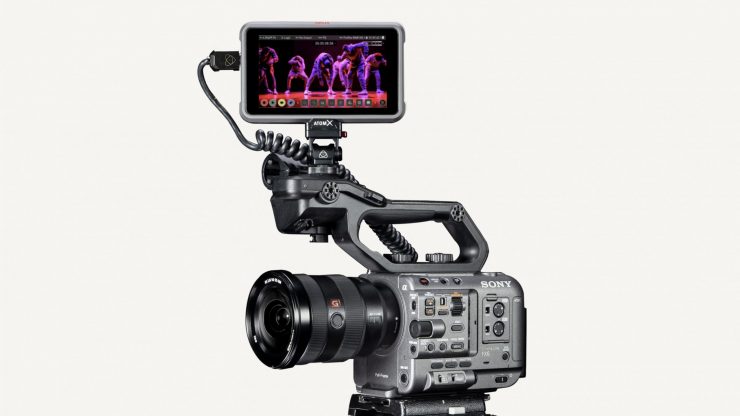 Sony’s upcoming V.2.00 for the FX6, will make it possible to record Apple ProRes RAW over HDMI to the Atomos NINJA V and NINJA V+. According to Atomos, this marks a world-first for a single camera package to use both SDI and HDMI RAW recording options.

Now, at the time of writing this article, Sony’s V.2.00 firmware update still isn’t available to download anywhere. It should be available by the end of January.

The inclusion of RAW out via HDMI certainly increases the FX6’s versatility. The NINJA V and NINJA V+ provide the entry point for Sony’s FX3 and FX6 to use HDMI with resolutions up to 4.2K and up to 60fps.

ProRes RAW over HDMI with the NINJA V/V+ when combined with Sony’s FX6 supports 4.2K up to 60fps. There is a caveat with recording RAW over HDMI with the FX6. You can’t record 4K RAW at up to 120p, because that can only be done with a NINJA V+ Pro Kit/ NINJA V+ and SDI module with SDI. RAW Activation for RAW support, including HDMI cross conversion, activation of the supplemental RAW license can be completed online using the my.atomos.com portal.

Until this update, Sony’s FX6 has only been able to record ProRes RAW when combined with the NINJA V/V+ over SDI. This has required customers to purchase the AtomX SDI expansion module for the NINJA V/V+.

The Sony V.2.00 firmware will also feature a host of other features, but I’ll cover that once it is actually released.