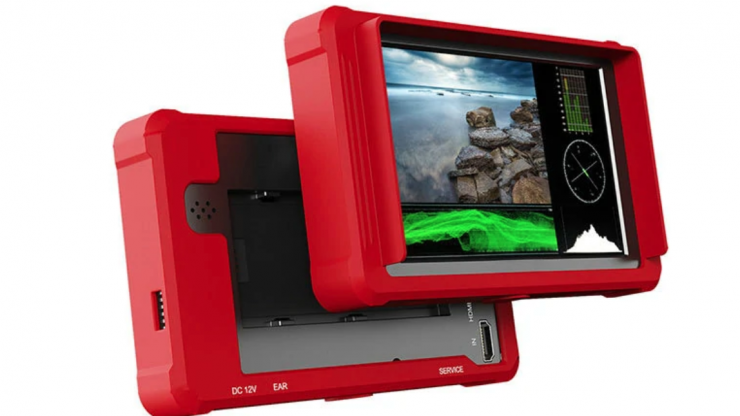 What is nice is that the SDI and HDMI ports are on the back of the monitor and not on the side. On the bottom, there is a headphone jack, DC input and a mounting point.

As you would expect, the monitor features a fast array of monitoring assist tools. You can also load up your own custom 3D LUTS. There are 17 default LUTs on board and spots for 6 user LUTs.

The monitor does have an HDR mode, although I am assuming this is more of a simulation than anything else as the monitor is only capable of displaying 600cd/m2 of brightness.

You can power the monitor via a battery plate that accepts both Sony NP-F and Canon LP-E6 batteries. You can also power it via a DC 7-24V source.

The monitor is reasonably lightweight and it tips the scales at 295g / 10.4 oz.

The CAME-TV 5.5″ SDI & HDMI On-Camera Monitor retails for $258 USD which makes it very affordable for a monitor with SDI In and Out.