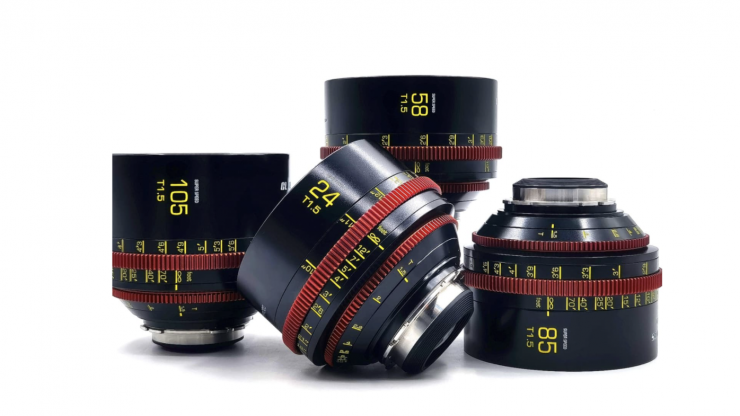 The Lumiere’s are claimed to create the perfect balance of sharpness and creamy roll-off. The lenses feature a newly redesigned round iris system and they feature a PL, LPL, Canon EF, and Sony E interchangeable mount.

The lenses have had a weight reduction of around 30%, from the Mk IV versions and the close focus ability has also been improved.

All the lenses feature a common 110mm front diameter and there is also optional florescent paint marking available upon request.

The G.L Optics Mk V Lumiere lens set costs $56,500.00 USD. You can buy them from Cinema Glass who is the American distributor of GL Optics.