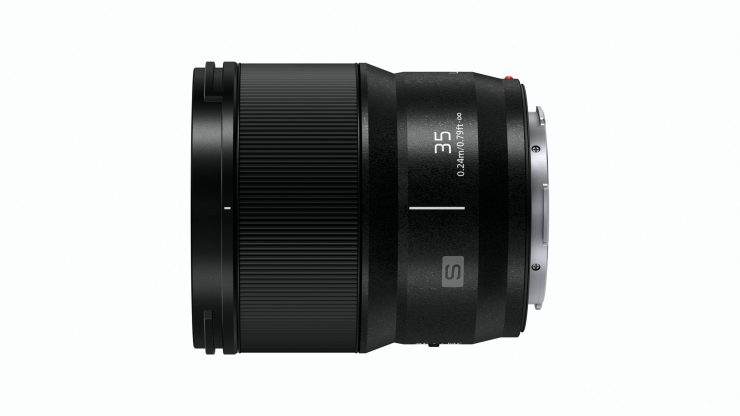 The LUMIX S 35mm F1.8 is the fourth lens in the series of four F1.8 large-aperture lenses that are based on the L-Mount system standard. The F1.8 fixed focal length lenses are the LUMIX S Series 85mm(S-S85), 50mm(S-S50), 24mm(S-S24), and the new 35mm(S-S35) lens. All feature a common size and position of control parts to provide practical advantages in use.

Panasonic states the lens is capable of smooth, silent operation, working with the camera’s AF system at a maximum of 240 fps. For the non-linear setting, the focus is shifted with a variable amount according to the rotation speed of the focus ring. A designated amount of the rotation and sensitivity can be adjusted, or the amount of focus shift per rotation can be selected from 90 to 360 degrees by 30 degrees to enable intended focus operation.

For video use, Panasonic says the breathing performance is suppressed with a mechanism that suppresses it. The lens also has a micro-step aperture control for smoother exposure changes.

The fast 35mm lens is compact size and lightweight at 295g. and dust/splash-resistant and can withstand use under harsh conditions even at 10 degrees below zero for high mobility. The filter diameter is 67 mm, with a 9-blade circular aperture diaphragm.