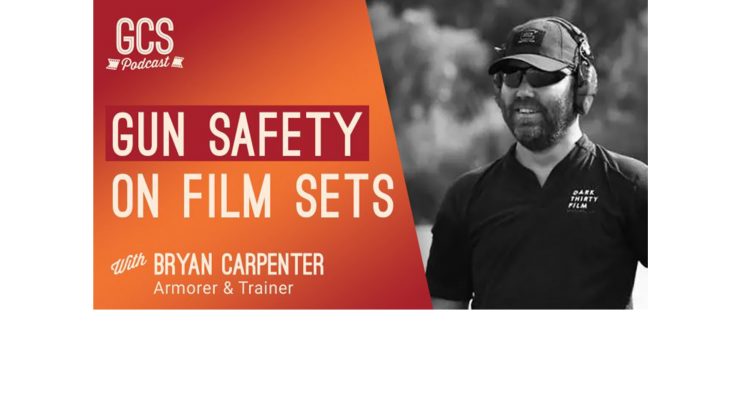 The tragic death of Cinematographer Halyna Hutchins has ignited a worldwide conversation about gun safety on film sets. Armorer Bryan W Carpenter joins the Go Creative Show Podcast to discuss current safety standards and what protocols may have been missed leading up to the tragic shooting.

Bryan and Go Creative Show host, Ben Consoli, discuss the pros and cons of practical firearms vs visual effects, the difference between “blanks” and “dummy” ammunition, and what a “prop gun” actually is.

Above you can listen to the whole episode.

If you would like to contribute to the GoFundMe to raise funds in memory of Halyna Hutchins you can here.

We here at Newsshooter want to express our deepest condolences to the friends and family of Halyna Hutchins, who tragically died on the set of Rust.

Halyna was born in Ukraine and was raised in the Arctic Circle on a Soviet military base. She received a graduate degree in international journalism from Kyiv National University in Ukraine and kicked started her career as an investigative journalist before entering filmmaking.

She began taking production assistant jobs and applied to the American Film Institute Conservatory, graduating in 2015.

Halyna was selected for the 21st Century Fox DP Lab in 2018 and named a “Rising Star of Cinematography” by American Cinematographer magazine in 2019.

She’s worked on “The Mad Hatter,” “Blindfire,” “Darlin’” and mini TV series “A Luv Tale: The Series,” as well as many more. Her passing so young in life and career is sading.