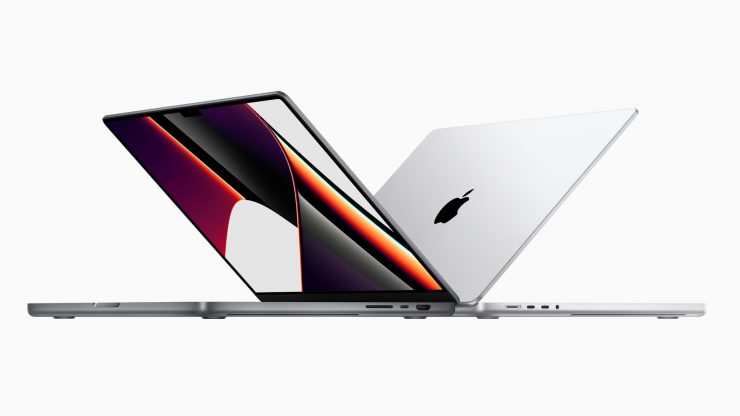 Apple updates the MacBook Pro with M1 Pro and M1 Max silicon. These chips deliver a lot of power with less power, and the MacBook Pro will be a beast of a laptop with excellent battery life plus a new Liquid Retina XDR display.
Something taken away is the not-so-popular Touch Bar. Apple also looks to do away with dongles as all-new MacBook Pro’s have three Thunderbolt 4 inputs.

M1 Max has 10 CPU cores, up to 32 GPU cores, and a 16-core Neural Engine. It delivers two times faster graphics processing and doubles the memory bandwidth of M1 Pro. And it has a dedicated media engine for decode and two for encode, and two ProRes accelerators for even higher multistream performance with FCP you can get 30 streams of 4k and 7 streams of 8k video. Impressive

M1 Pro and M1 Max CPUs have eight high-performance cores and two high-efficiency cores to deliver faster processing at a tenth of the power. Their GPUs have access to lower-latency data with vastly improved power efficiency.

Many will like the included SD Card Slot, but the big winner is three Thunderbolt 4 ports. It looks like the dongle is done! Also, for power and charging, it has MagSafe 3, HDMI, and, yes, a headphone jack.

ProMotion technology also comes to the Mac with an adaptive refresh rate up to 120Hz. ProMotion automatically varies the refresh rate to match the motion of a user’s on-screen content to help preserve battery life and makes tasks more fluid and responsive.

Both models come with a larger display than the previous generation.
The 16-inch model offers an expansive 16.2-inch display with 7.7 million pixels, the most ever on a Mac notebook. And the 14-inch model gives users more screen real estate than before, with a 14.2-inch active area and a total of 5.9 million pixels. This is more pixels than the prior 16-inch MacBook Pro.
The display features even thinner borders and extends up around the camera to provide users with even more room for their content. I think some won’t like the notch but Apple likes to get the most real estate on their screens.

If you have been waiting, I think it was worth it as these new MacBook Pro laptops are looking like top performers for creative users.
The M1 silicon with CPU, GPU, I/O, and Neural Engine in a single SoC with unified memory that Apple has developed is mind-blowing, and I haven’t seen such a giant leap forward in computing power in a long time.