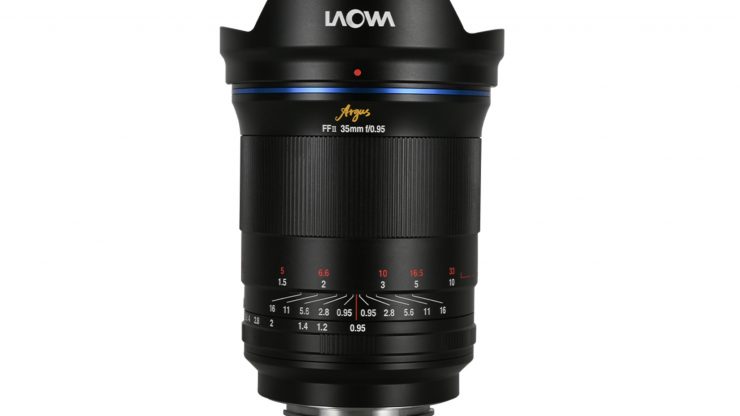 The lens is available in Sony E, Nikon Z and Canon R mounts. The lens weighs around 755g / 1.66 lb and it features a de-clicked aperture that can also be switched back into a clicked mode.

I recently reviewed the Laowa Argus 33mm f/0.95 lens that only covers Super 35mm sensors and the depth of field when using that lens was already super shallow. I personally think that f/0.95 on a full frame sensor is probably something that nobody really needs. Again, that’s just my opinion.

Yes, f/0.95 sounds impressive, but the real-world difference between an f/1.2 lens and an f/0.95 is very minimal. The biggest problem with manual focus ultra-fast lenses on a full-frame sensor is actually maintaining focus. Good luck shooting video wide open at f/0.95! Unless your subject is almost entirely still, the majority of your footage is going to keep going in and out of focus. Numerous times I have had to edit material shot by people where they thought it was cool to shoot everything wide open on ultra-fast lenses. The result was that most of the material was unusable because nothing stayed in focus for more than a few seconds. As the old saying goes, just because you can, doesn’t mean you should.

The optical design of the lens consists of 14 elements in 9 groups with 1 ED glass element, 1 aspherical lens element, and 4 high-refractive-index glass materials. The lens also features a 15 bladed aperture.

Laowa claims that the lens has a low amount of low focus breathing. The lens also has a very long 300-degree focus throw, which again is never that ideal for pulling focus manually when you need to do large throws.

The lens retails for $899 USD and it is now available to purchase.