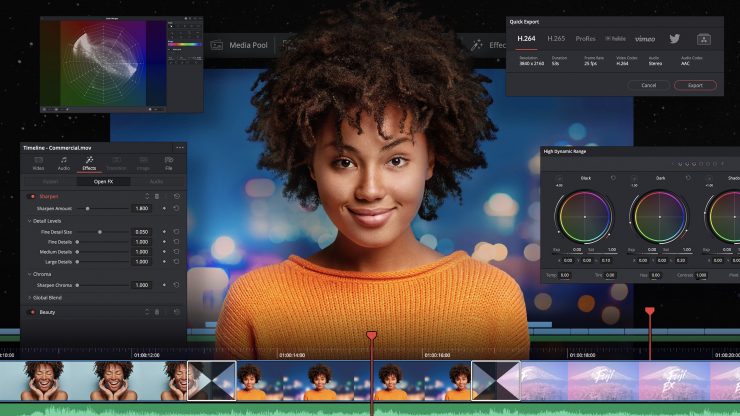 CentOS 7.3
32 GB of system memory
Blackmagic Design Desktop Video 10.4.1 or later
Discrete GPU with at least 2GB of VRAM
GPU which supports OpenCL 1.2 or CUDA 11
NVIDIA/AMD Driver version – As required by your GPU