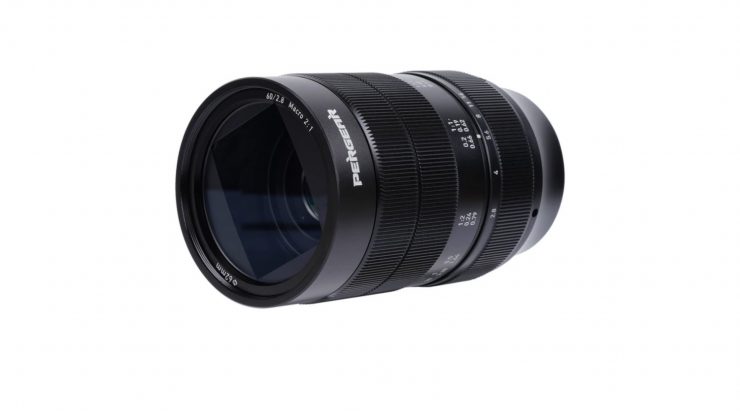 The lens’s optical design consists of 11 elements in 8 groups, including three high refractive index elements that are claimed to help to control spherical aberrations and reduce distortion. The lens also features a 10-blade iris and a de-clicked aperture ring.

It is worth noting that while it is designed for use with APS-C formats, the lens can also be used with some full-frame cameras. On full-frame cameras, there will be slight vignetting when shooting at infinity.

The lens is compatible with the below cameras:

The Pergear 60mm F2.8 Ultra-Macro 2X is now available for $199 USD. This is bound to put it in direct competition with the Venus Optics Laowa 60mm f/2.8 2X Ultra-Macro Len.