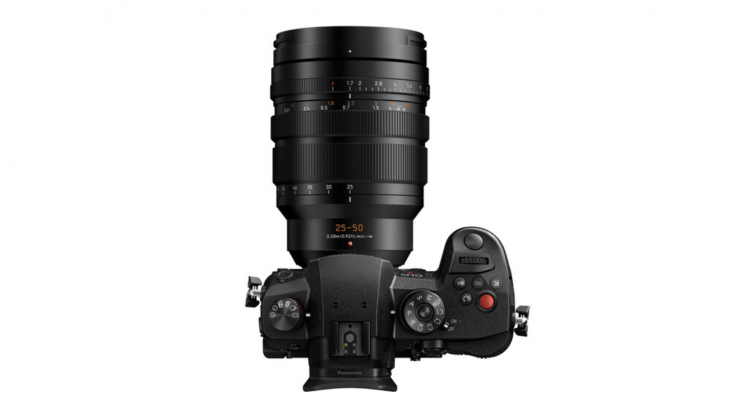 The new lens has been designed with both photographers and videographers in mind and it will pair well with the LEICA DG VARIO-SUMMILUX 10-25mm / F1.7 ASPH. According to Panasonic, between these two lenses, you can cover a good focal range with a quality that is on par with some of their best primes.

These two lenses would be great options if you own a M4/3 camera, especially if you are waiting for the upcoming Panasonic GH6.

The optical construction of the 25-50mm F1.7 consists of 16 elements in 11 groups. The lens system features an aspherical lens and three ED (Extra-low Dispersion) lenses that are claimed to effectively suppress the axial chromatic aberration and chromatic aberration of magnification.

For video shooters, Panasonic has suppressed focus breathing across the entire zoom range. In addition to the silent operation achieved by the inner focus drive system, there is also a stepless aperture ring and micro-step drive system in the aperture control section.

The lens boasts a minimum focusing distance of 28cm (at the wide end) and 31cm at the end. The maximum magnification ratio is 0.42x (35mm camera equivalent) for macro photography. The lens can also be switched between linear and non-linear focus settings.

The lens features a rugged dust/splash-resistant design and it has a front filter diameter of 77mm. It tips the scales at 1.4 lb / 654 g which does make it quite heavy for a M4/3 lens.

The lens is a qualifying product for the LUMIX PRO program. The LUMIX PRO program is designed to support LUMIX users when they need it the most, with a range of benefits available to members not only in their own countries but also in countries that they visit for work. Check out www.lumix-pro.com for details and Terms & Conditions, on eligible levels, countries, and products.