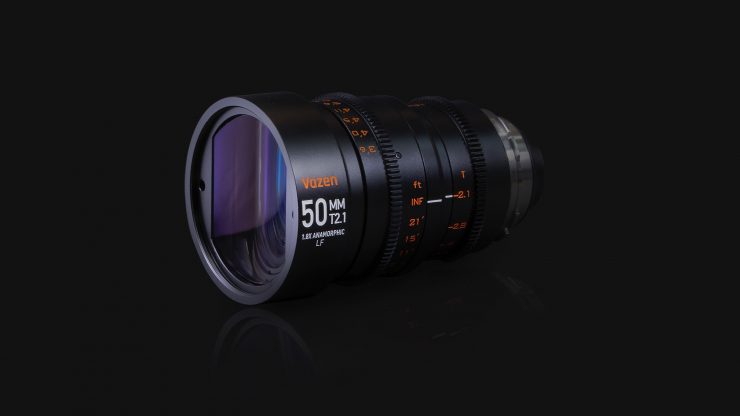 Vazen has launched its new 50mm T2.1 1.8X Anamorphic Lens for full frame cameras. The lens is available in an interchangeable PL and EF mount.

Vazen will also be introducing a 135mm lens in the next few months to complete the set. I have previously reviewed the 85mm T2.1 1.8X Anamorphic on the site. You can see that review here.

The 50mm has the same focus and aperture positions, and 86mm front filter diameter as the 85mm lens. The front diameter is a standard 95mm for matte box mounting.

The lens casing is made from aluminum and the independent aperture and focus rings feature industry standard 0.8 mod cine gears. The lens is available in an interchangeable PL and EF mount. Both mounts and shims can be found with the lens in a Vazen hard case.

The 50mm features an ultra-wide 65° horizontal field of view (similar to a 28mm spherical lens) and a close focusing distance of just 3.6” from sensor.

The lens is available to pre-order from authorized resellers and from Vazen website. It is expected to start shipping in late August. Vazen is offering Free Priority shipping.