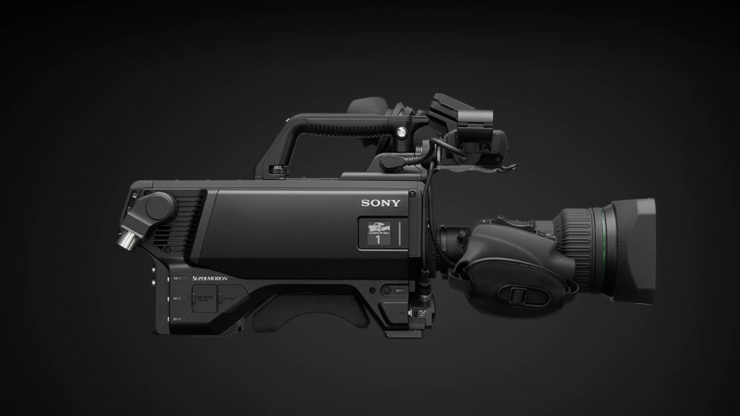 Sony has announced that it is developing a new 4K camera system in its HDC line-up. The camera will feature a Super35 global shutter CMOS image sensor.

This is interesting as it will pair a 4K Super35 global shutter CMOS image sensor with the HDC form factor. In saying that, this isn’t a new concept and Sony has done it before.

Sony already has several HDC models that feature a 4K CMOS sensor with a global shutter, however, these have 2/3-inch sized sensors. There is one HDC camera, the HDC4800, that already has an S35 sensor.

If you aren’t familiar with Sony’s HDC series they are shoulder mountable cameras that are used in outside broadcast applications. They are not capable of recording internally.

The new yet-to-be-named HDC camera will be primarily used for live productions such as concerts, sporting events, etc. We have previously seen both the Sony VENICE and the a7S III being used in live sporting events with varying results. Having a larger sensor HDC camera would allow broadcasters to achieve a similar look, while still utilizing current production infrastructure and workflows.

The only problem with outside broadcast cameras that feature an S35 sized sensor, is that you usually require a lens with a long focal length. That makes it difficult to use. Sure, you could use a 2/3″ ENG lens with an adapter, but then you lose a ton of light and you may well have to engage the extender to stop the lens from port holing. Sometimes having a camera with a larger sensor is not always ideal.

According to Sony, the camera will be compatible with Sony’s existing SR Live for HDR workflow with HLG and S-Log3. The new model is planned to be available sometime in 2021. Sony will announce full details in the coming months.

The concept of creating a Super 35mm sized sensor camera for outside broadcast isn’t new. The Ikagami HDK-97ARRI that was announced back in 2013 featured the exact same ALEV III sensor that is still found in a lot of ARRI’s current cameras. It also featured a PL mount that could be swapped out for a B4 broadcast mount.

ARRI also recently announced the AMIRA Live. Like other Super 35 format cinema cameras adapted for multi-camera broadcasting, the AMIRA previously required several external cables connecting the camera to the fiber backend for SMPTE 311M signal transmission. For live broadcasters, these cables created another link in the chain as there was always the chance of accidental disconnection or damage. Not only does the AMIRA Live remove these risks, but the cleaner camera configuration makes it a better solution for camera operators.

Whether or not we will see a proper shoulder-mounted ENG/EFP camera with a 4K Super35 global shutter CMOS image sensor that is capable of onboard recording will be interesting to see.