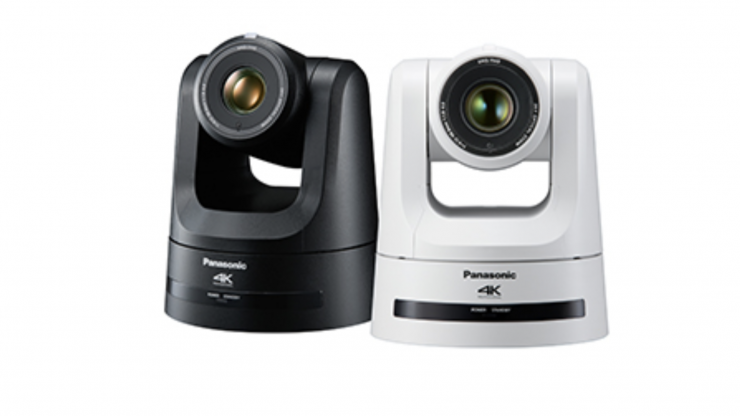 Panasonic has introduced a PTZ camera solution with voice-based camera tracking. According to Panasonic, by using Sennheiser microphones for audio-based tracking, the PTZ cameras can automatically switch focus between different speakers.

The solution uses Panasonic PTZ cameras and TeamConnect Ceiling 2 microphones from Sennheiser. They are managed centrally by a controller via the network.

Settings can be adjusted individually and saved as a preset. For example, priority can be given to individuals to avoid unintentional panning to conversations in the audience. Clip-on microphones can also be integrated into the AV recording schedule and prioritized accordingly. A slight time delay can also be set for the PTZ camera so that it only pans once there is a permanent audio signal.

The audio-based tracking can be used in conjunction with Panasonic’s existing automatic motion tracking and optional face tracking software (AW-SF100 / AW-SF200). For example, at a conference, the main speaker can be recorded by a PTZ camera via auto-tracking, while other participants are filmed with a second camera when they speak using audio-based tracking.

This looks like a good solution for online conferences, training courses, or lectures. The whole concept behind the system is that you don’t need to be tech-savvy to use it and there is no requirement for having camera operators or other crew on site. While an automated system is never going to be perfect, and nor can it do the job of a dedicated crew, for certain environments it does make a lot of sense.

Companies that already use PTZ cameras from Panasonic and Sennheiser microphones or media controllers can take advantage of the solution. Various different cameras and microphones can be combined depending on the size and use of the room. A Sennheiser TCC2 microphone can cover a room measuring 60m2. Several microphones are used for larger spaces.