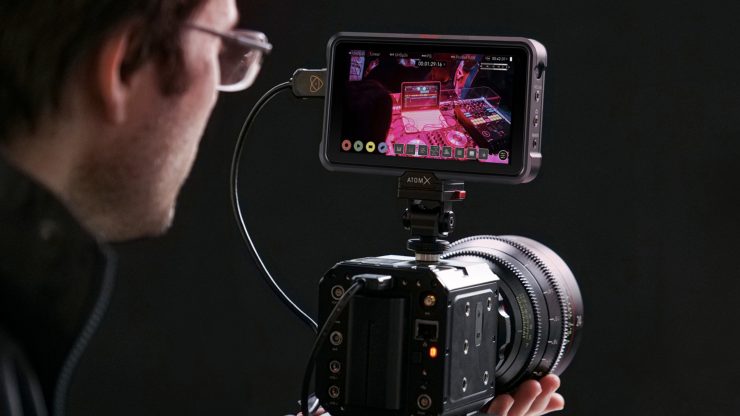 Atomos has announced firmware update AtomOS 10.63 for its Ninja V monitor/recorder. This update adds ProRes RAW support to a number of different cameras, as well as a few minor bug fixes.

The new cameras that benefit from this update are:

Sony Alpha 1
Sony Alpha 1 and Ninja V users can now record up to 4.3K 60p ProRes RAW According to Atomos, the 16-bit linear is converted to 12-bit log, meaning that there is a visually lossless process.

Sony FX3
Sony FX3 and Ninja V users can now record up to 4.2K 60p ProRes RAW Just like the Alpha 1 the 16-bit linear is converted to 12-bit log. Additionally, FX3 and Ninja V users can use cropped metadata mode which provides a simple way to transform the RAW data to a 16:9 aspect ratio that closely represents the internally recorded 4K UHD files.

With all of the cameras featured in this update, users will be able to adjust White Balance and ISO metadata inside Final Cut Pro using the slider setting adjustments.

Atomos has fixed an issue so that now the Panasonic Type 3 trigger works for all recordings from supported SDI Panasonic Cameras (EVA1 & Varicam LT) in ProRes RAW, ProRes and DNx.

There are known limitations for this firmware update, for full details on this please make sure users refer to the 10.63 release notes.

Please note: With the release of 10.61 there has been a change to the activation process for Apple ProRes RAW and Avid DNx. Visit the release notes for all the required information around this.

In rare cases, the Ninja V may not lock to a RAW video signal from the Olympus OM-D E-M1 Mark III for ProRes RAW, when the Ninja V is switched between playback and record modes.

• In rare cases, the Ninja V may not recommence recording automatically when momentarily losing video signal lock from the Sony Alpha A7sIII or Olympus OM-D E-M1 Mark III due to a faulty cable connection.
• Non-RAW Dual Link SDI video cannot be monitored when in ProRes RAW mode. To monitor and record Dual Link SDI modes please use either ProRes or DNx modes.
• In some cases, dual link video from the Panasonic Varicam LT may not lock when switching from a single link video mode. Please reboot the Ninja V if this occurs.

Ninja V users can now update their firmware to AtomOS10.63 at the Atomos website.