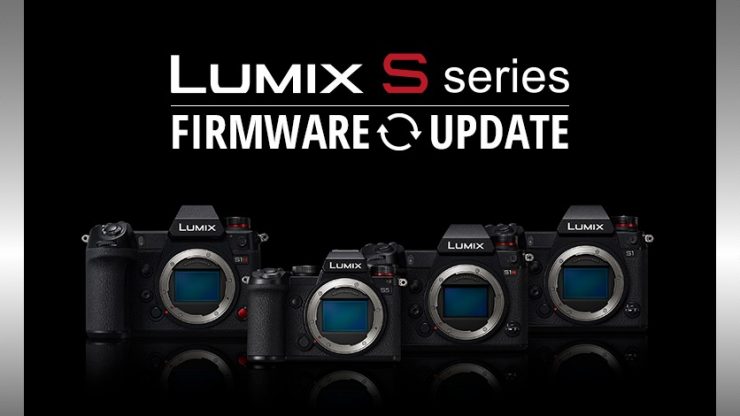 Pansonic has always been good and giving its users additional features and functionality via firmware updates. There is no doubt that the Panasonic mirrorless hybrid cameras have a lot of impressive features for capturing video, but a lot of potential owners are put off by the AF performance and limited choice of L mount glass.

The S1H is already a well-featured mirrorless hybrid and now Panasonic has increased its versatility by allowing users to output a RAW signal that can be recorded as Blackmagic RAW on a 5″ or 7″ Blackmagic Video Assist 12G HDR.

Here is what the S1H can record externally as Blackmagic RAW:

The S1H now joins a select number of cameras that are capable of recording both ProRes RAW and Blackmagic RAW externally.

Other items of importance to note when outputting RAW to the Blackmagic RAW on a 5″ or 7″ Blackmagic Video Assist 12G HDR are:

The S1 has gained the most new features in this round of firmware updates. The S1 was announced back in early 2019 and let’s face it, it wasn’t a successful camera for Panasonic. For anyone shooting video, the S1H and subsequent S5 were a lot better options. Well, Panasonic has decided to do something about this and try and breathe new life back into the S1.

Essentially, the S1 inherits all of the recording resolution options of the S1H. However, there are a few catches. As the S1 doesn’t have an in-built fan like the S1H, the recording times when shooting in various resolutions and frame rates are capped. You can’t record without restrictions like you can on the S1H. You are also limited to recording in 4.2.0 10-bit LongGOP. There are no All-I options.

Now, you also do require the DMW-SFU2 Upgrade Software Key to enable all of these new features.

So what can the S1 now do? Well, I am glad you asked. Below are the new internal recording options that will be available through this firmware update:

PLEASE NOTE: All of the above resolutions and frame rates have a recording time limitation of 15 minutes

The S1 also gains RAW over HDMI. You can record ProRes RAW on the Atomos Ninja V via the RAW output from the S1. Just to be clear you can not record Blackmagic RAW from the S1.

Below you can see what you can record on the Atomos Ninja V:

A timecode function has also been added to the S1 and the ability to manually choose between the two Dual Base ISO settings. Previously this was automatically done by the camera.

It is interesting to see Panasonic try and revive the S1. My fear is this is a 2-year-old camera and while the new features and functionality are sure to benefit existing owners, I can’t see too many new buyers suddenly deciding to purchase this camera. The biggest downside with the Panasonic hybrid mirrorless cameras is that the Af technology is leap years behind both Sony and Canon. The limited number of Panasonic L mount lenses and their high price is also still an issue for a lot of consumers.

The S5 firmware version 2.2 only adds metadata for when you are shooting vertical video and an Eco mode when using an AC adapter for power.

The new firmware for the BGH1 adds the following:

With IP streaming over LAN you stream up to 4K 60p with embedded audio without requiring any additional interfaces or capture devices.

Panasonic will also be updating LUMIX Teher for Muticam to version 1.1 In that new version there will be a new video record button for triggering start/stop recording to an external device. There is also a new option for turning on the RAW video data output.

The BGH1 also gets new menu pages for streaming setups to reflect the new additional features.

The camera will also now be capable of outputting a RAW signal that can be captured as ProRes RAW on the Atomos Ninja V.

Above you can see what can be recorded externally as ProRes RAW.