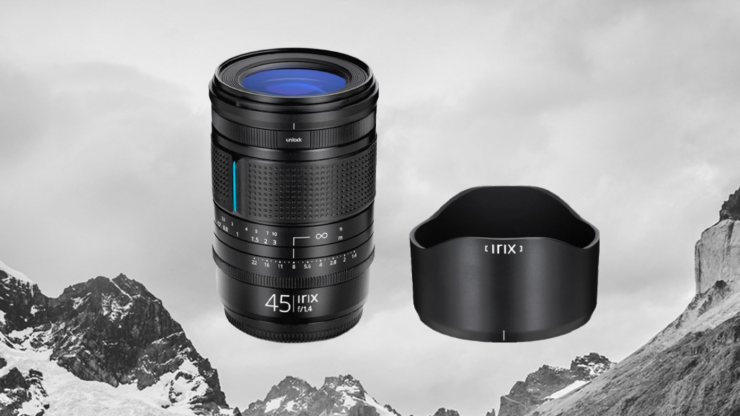 Irix has announced a 45mm wide-angle lens for use with Fujifilm GFX series cameras equipped with medium format sensors.

According to Irix, the f/1.4 aperture and the sensor size of Fujifilm GFX series cameras ensures not only a shallow depth of field, but also smooth transitions between individual focus areas.

The lens’s optical construction consists of 11 elements in 9 groups. It also features 9 aperture blades and it has a large focus ring. Above the focus ring, there is a focus lock, which allows you to lock the lens at a specific focusing distance.

The Irix 45mm f / 1.4 GFX utilizes a durable magnesium housing. The lens is also sealed in 5 places to protect the lens when working in difficult weather conditions.

Irix already makes a 45mm f/1.4 lens that is available in Pentax K, Nikon F, and Canon EF mounts. This new lens for Fujifilm GFX cameras shares a lot of similarities with that current lens including the optical design, front filter size, and number of aperture blades.