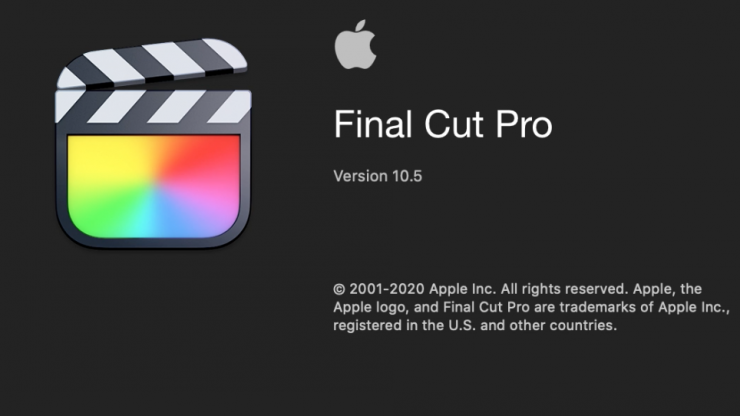 This is not any kind of huge update to Final Cut Pro, however, it does add improved performance and efficiency when using Mac computers with Apple Silicon. Final Cut Pro also gains new features that take advantage of the ‌Apple Silicon‌ Neural Engine.

So what is new?

Just how much better Final Cut Pro’s performance will be when running it on a new Apple Silicon laptop will be interesting to see.

To help maximize portability and performance you can now create proxy copies of your media (as low as 1/8 size) in ProRes Proxy or H.264. The latest proxy engine allows you to create a proxy-only copy of your library to share locally or via the cloud and displays original media if proxies aren’t available. Third-party tools such as review and approval app frame.io can also generate and deliver proxies to a Final Cut Pro library.

Video clips on social media platforms and websites often are shown in a variety of aspect ratio, such as square or vertical, for playback in an app or on the web. For a lot of us, this now means we need to also create multiple versions of a project in different aspect ratios.

With Final Cut Pro, you can now repurpose projects that have standard horizontal aspect ratios, such as those for film or TV, to create deliverables in all shapes and sizes, including square or vertical.

In the past, reframing each clip in a project for a new aspect ratio could be a tedious process. Final Cut Pro now speeds up this process with the Smart Conform feature, which analyzes the content of each clip for faces or other areas of visual interest and automatically reframes clips that have a different aspect ratio from the project aspect ratio. You can use Smart Conform to quickly create a square or vertical version of a horizontal or widescreen project, and then make manual framing adjustments later.

You can add a custom overlay as an onscreen guide when placing text and graphics in the frame. Custom overlays are similar to title-safe and action-safe overlays, except that they can be customized to the needs of your project. This makes them useful for the various vertical and square aspect ratios common in social media. See Show overlays in the Final Cut Pro viewer.

Were you expecting more from this update? Let us know in the comments section below.