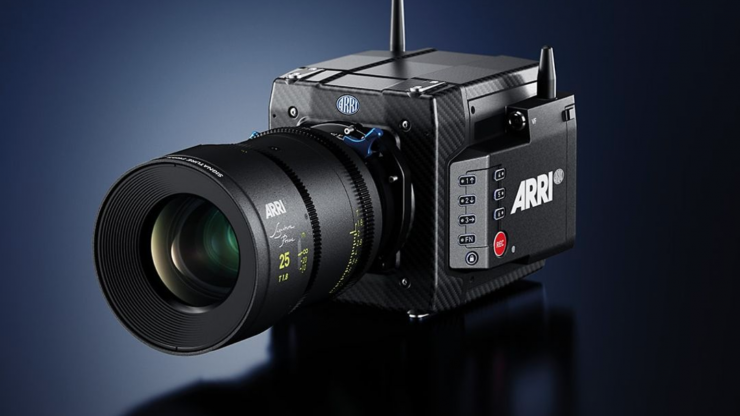 ARRI has released Update Package SUP 6.0.22 for the ARRI ALEXA Mini LF. This update is in direct response to reports of Codec Compact Drive issues that were being experienced by a limited number of ALEXA Mini LF cameras.

The software update will now accurately indicate via the status indicator LED when a Compact Drive can be safely removed. Removing the drive too early can in some instances cause errors once the drive is re-inserted into a camera. ARRI is quick to point out that none of these errors that users were experiencing lead to data loss, even when the recording stopped unexpectedly.

The “10 Second Rule” (see ARRI Technical Information “ALEXA Mini LF – The 10 Second Rule for Removing Drives”) can now be ignored, as the Compact Drive status indicator LED now accurately indicates when it is safe to remove the drive.

According to ARRI, the limited number of cases they were seeing were mostly software related, however, there were some cases where these errors hardware related. ARRI recommends that if you have already performed both of these software updates and you are still experiencing issues, please contact ARRI Service. ARRI Service will be able to diagnose and repair this issue if you have it.

We take our responsibility very seriously to provide the most reliable tools for the mission-critical environment of a set and act quickly when we learn of any issues. We sincerely apologize for any problems these errors have caused. We are proud that our engineering team has built such outstanding tools for you to create images with, and we are working hard to ensure the greatest robustness in our products.

Based on our findings we have expanded our already very stringent camera tests in manufacturing, and for a limited time we have allocated a percentage of our output as local backup cameras, so we can respond quickly if you experience any issues on set. Providing the best tools and support for the unique environment of a motion picture production is our top priority and we appreciate all of your support.

What else is new?

Unfortunately, there are new additional features being added to this camera in this software update. The update only adds the Codec Compact Drive fix as well as some stability improvements.

I think a lot of ARRI ALEXA Mini LF users are potentially awaiting S35 recording modes to be implemented in the camera. Just when then will happen is still unknown.

A firmware patch is now available to address a firmware error with Codex Compact Drives with the serial number range from 10020001 to 10022568. Drives outside this serial number range already run the latest firmware and require no update. On rare occasions, this firmware error could cause a Compact Drive to take a long time to load in the camera, Dock or Reader, not load at all or result in the camera status “INVALID”. To have the update installed free of charge, affected drives can be sent to any Codex or ARRI Service station. Please note that the Compact Drive firmware CANNOT be updated by the camera. More detailed information can be found here.