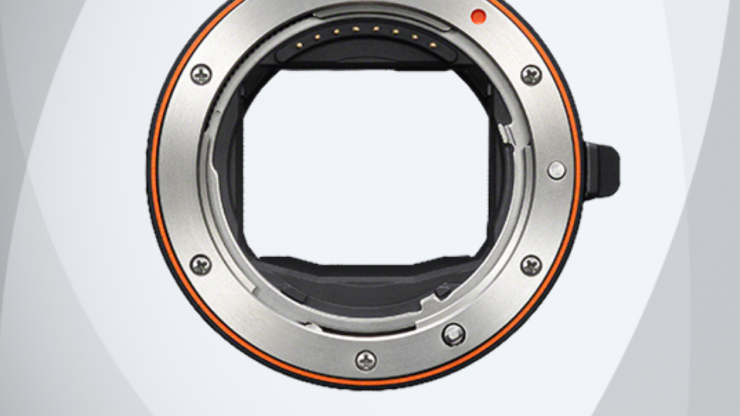 Sony has announced the LA-EA5 A-Mount to E-Mount Adapter. As its name suggests, it allows you to put legacy Sony A-Mount lenses on any Sony E-Mount camera.

This adapter has a long history and the LA-EA5 is now the fifth iteration of this adapter. Over the years Sony has released the LA-EA1, LA-EA2, LA-EA3, and LA-EA4.

Above you can see what the various functions of each of those adapters were.

The LA-EA5 expands AF capabilities when using legacy A-mount lenses on E-mount cameras. Sony claims that they have improved the focal plane phase-detection AF from previous models. The adapter also lets you shoot continuously at high speed with AF/AE tracking at up to 11 frames per second.

Sony also claims that Real-Time Eye AF and Real-Time Tracking modes are available with a variety of lenses and camera types. This focusing performance is available on SSM, SAM, and even AF lenses that lack an internal focusing motor, such as the Planar T* 85mm f/1.4 ZA or Sonnar T* 135mm f/1.8 ZA. If you are a user an a7R IV or a6600, AF, and AE tracking is supported with these motorless lenses.

Why would you want to use legacy A-Mount glass?

A lot of the Sony A-Mount lenses are very good optically, especially the Sony-branded Zeiss ZA series. I owned and used a very good Sony Vario-Sonnar T* 24-70mm f/2.8 ZA SSM Lens for years on both the a7S II and the FS700.

While new users are unlikely to be purchasing new A-Mount lenses, if you do own existing A-Mount lenses then this adapter makes a lot of sense if you own a Sony E-Mount camera.

The LA-EA5 adapter is scheduled to start shipping from October 29th. It will retail for $248 USD.