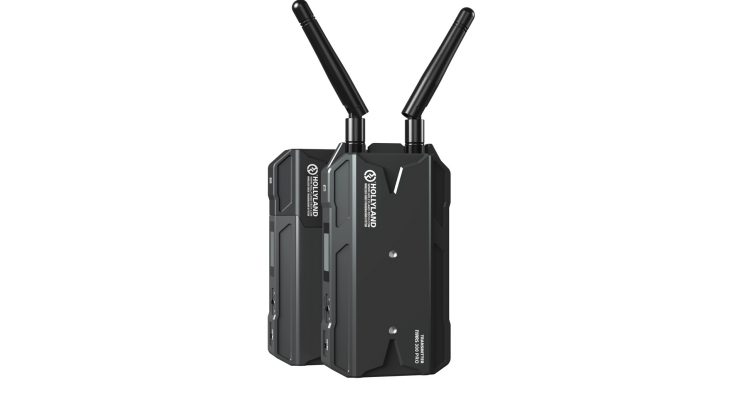 Wireless video systems have come down in price in the last few years and the less expensive HDMI models are pretty good. I reviewed the Hollyland Mars 300 last year and was impressed with the stability and range of 300 feet. It is in my kit and gets a lot of use. I set it up so the producers don’t have to huddle around me, and the camera, plus the advantages of no cable makes it easier, and safer for them to stand where they want. It’s truly a win-win!

Hollyland took the Mars 300 and updated the features. The new Mars 300 Pro adds support for up to 3 mobile phones or tablets for real-time monitoring with professional features, such as waveform, focus peaking, zebra, zoom, and 3D Luts.

The Mars 300 Pro is an HDMI system with a latency of 80 milliseconds. This is a slight improvement over the Mars 300’s 100 milliseconds. The issue with cameras and HDMI is they also have poor latency performance such as the Panasonic GH cameras. They are very poor. Hybrid cameras in general have more latency than cinema cameras.

The Mars 300 Pro comes in three versions. Standard, Enhanced, and Single Transmitter. The Standard model antennas are internal for a more compact setup while the Enhanced has external antennas and more durable build quality. The third option is a single transmitter that can be used with mobile phones and tablets.

To navigate the menu the Mars 300 Pro has a larger and easier thumbwheel switch and an LCD screen that shows settings.

Both transmitter and receiver are powered using Sony NPF type batteries as well as USB-C inputs that can be used with portable battery banks with 5V-12V output.

HDMI Input and loop out is available on the TX, and Dual HDMI Outputs on RX.

Just like the Mars 300, you get one mounting bracket and a cold shoe adapter. On the bottom of both TX and RX are 1/4 20″ taps.

As for signal strength in both the internal and external antennas, the specifications don’t state a different distance limit however not having antennas does help if you are using the camera on a gimbal or other rigs that require a small tight camera package. I would think with antennas they’re going to give a more solid signal, but options are always good. 300 feet is really far and beyond my needs, so a solid signal without dropouts are more important in most cases and with added mobile and tablet feature this will be a very inexpensive solution for on set wireless video monitoring.