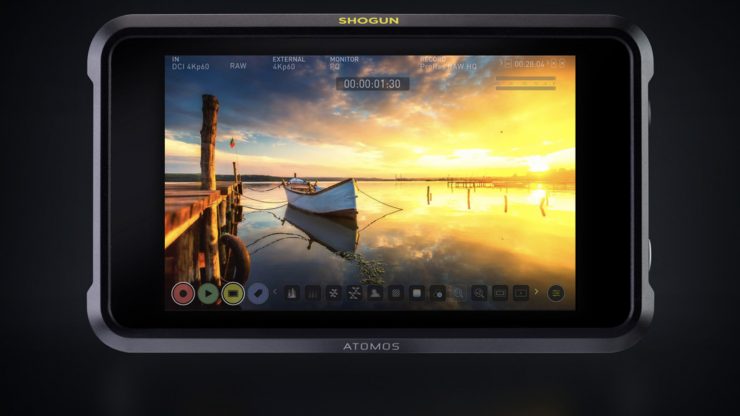 Atomos has released a new AtomOS 10.41 firmware update for the Shogun 7. While not a major upgrade it does add some important functionality that was previously missing.

Addition of 9 Grid overlay
• Providing the ability to utilise the rule of thirds theory for image composition.
Legalize input signal levels
• Ability to specify input Luminance range, for increased compatibility with devices outputting legal range
YUV signals in Rec.709
• The Input menu option allows for the input to be set to ‘Legalize ON/OFF’

Tool bar order
• Based on user feedback the order of the tools in the bottom bar has been updated to enable faster access to the
tools such as magnification and false colour. Vector Zoom tool has been removed but the full vector scope can be viewed in large format.

Unfortunately, it looks like Atomos is not adding new features or providing firmware updates for older Shogun monitor/recorders.