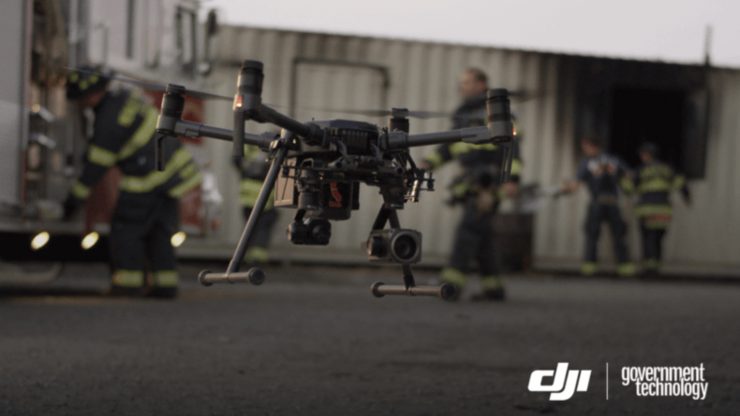 The U.S. Secretary of the Interior has officially issued a cessation order that temporarily grounds all Chinese made drones that are being used by US government-related departments.

To be crystal clear, this does not apply to private citizens flying drones for commercial or non-commercial activities. Don’t worry, you can still fly your DJI drone!

Below you can read some of the key statements from THE SECRETARY OF THE INTERIOR WASHINGTON ORDER NO. 3 3 7 9 Subject: Temporary Cessation of Non-Emergency Unmanned Aircraft Systems Fleet Operations

This Order is intended to better ensure the cybersecurity and supply of American technology of unmanned aircraft systems (UAS) procured for use and operation in support of the department of the Interior’s (Department) mission. Protecting America’ s national treasures and critical resources requires a sustained effort to securely access, collect, and maintain information, much of which is sensitive.

This Order applies to all Bureaus/Offices. As used herein, the term “unmanned aircraft systems” encompasses unmanned aerial systems, drones, and similar technology, including component parts, that are remotely controlled and subject to Federal Aviation Administration regulations. In certain circumstances, information collected during UAS missions has the potential to be valuable to foreign entities, organizations, and governments.

Pending further guidance based on the completion of an ongoing review, the fleet is grounded with the exception of emergency operations.
This Order is effective immediately. It will remain in effect until its
provisions are converted to the Departmental Manual or until it is amended, superseded, or revoked.

Above, you can download the entire document that was issued by The Secretary Of The Interior Washington.

DJI arguably has the most to lose from this temporary ban. In response to the US Government decision, DJI issued the following statement:

DJI is extremely disappointed by the U.S. Department of the Interior (DOI) order released today which inappropriately treats a technology’s country of origin as a litmus test for its performance, security, and reliability. This action will ground the entire DOI drone program, which relies on drones made with globally sourced components to create the federal government’s largest and most innovative civilian drone fleet. This decision makes clear that the U.S. government’s concerns about DJI drones, which make up a small portion of the DOI fleet, have little to do with security and are instead part of a politically-motivated agenda to reduce market competition and support domestically produced drone technology, regardless of its merits.

DJI makes some of the industry’s most safe, secure, and trusted drone platforms for commercial operators. The security of our products designed specifically for the DOI and other U.S. government agencies have been independently tested and validated by U.S. cybersecurity consultants, U.S. federal agencies including the Department of Interior and the Department of Homeland Security, which proves today’s decision has nothing to do with security.

We are opposed to the politically-motivated country of origin restrictions masquerading as cybersecurity concerns and call for policymakers and industry stakeholders to create clear standards that will give commercial and government drone operators the assurance they need to confidently evaluate drone technology on the merits of performance, security and reliability, no matter where it is made.

Is this part of a bigger picture?

The US is currently in a heated trade war with China and we have already seen Huawei being blacklisted by the US Government and placed on the US Department of Commerce’s Entity List via executive order.

Whether this drone order is actually in response to real cybersecurity concerns is hard to know. It may well be just a small part of a larger picture to protect American technology and stifle foreign competition.