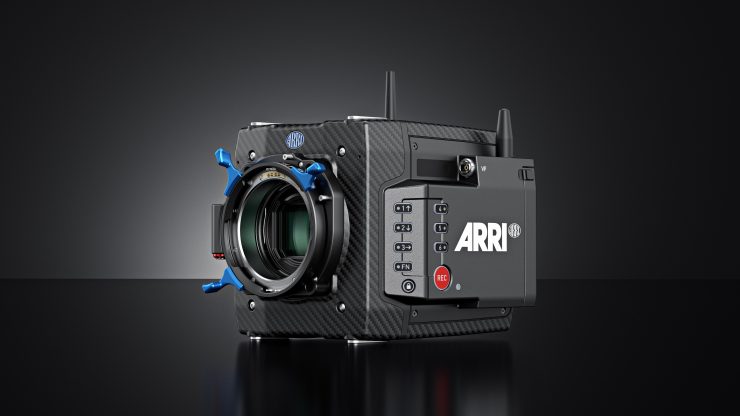 This is a maintenance update that fixes various minor issues including a bug that sometimes prevents the Compact Drive 1TB from mounting properly. ARRI recommends installing this update at your earliest convenience. The SUP can be found here.

This is a maintenance update that fixes an issue that sometimes prevents the camera from booting correctly. With ALEXA LF SUP 4.1 ARRI were able to remove the most frequent occurrence of this issue and with ALEXA LF SUP 4.2 ARRI is now able to remove all occurrences of this issue by eradicating the root cause. ARRI recommend installing this update at your earliest convenience. The SUP can be found here.

ARRI has had preliminary approval for a while, and many Netflix shows have been happily using the ALEXA Mini LF since July, Netflix has successfully tested a production model ALEXA Mini LF and updated their Partner Help and their Prodicle websites. Please note that this includes approval for the anamorphic recording options detailed in the “ALEXA LF & Anamorphic Lenses.pdf” white paper and for the LF Open Gate 4.5K, LF 16:9 UHD and LF 2.39:1 4.5K recording resolutions.

The Prodicle website also contains links to a new “Netflix Camera Production Guide for the ALEXA Mini LF” and an updated “Netflix Camera Production Guide for the ALEXA LF”. These guides were written by ARRI and edited by Netflix. They contain a lot of useful information about the cameras in a very concise form, so feel free to distribute them as you see fit.

ARRI now has the official ALEXA Mini LF Simulator on the ARRI website. This is a great tool to familiarize yourself with the menus and controls of the ALEXA Mini LF on your computer or smart phone.

It is now possible to download an offline version of the popular Frame Line & Lens Illumination Tool to your macOS computer running Google Chrome. Requested by DITs worldwide, now you can create custom framelines or check on the lens illumination capabilities of many lenses without an internet connection. You can find the guidelines on how to do this here.

This ARRI Academy online training consists of a series of 6 online sessions and corresponding self-learning units covering all aspects of working with ARRI’s large-format camera system comprised of the new ALEXA Mini LF, ALEXA LF, ARRI Signature Prime lenses, LPL lens mount, wireless video transmission, and wireless lens control. By the end of the course you will come away with a certificate indicating your product competence and ability to use the large-format camera system to its full potential in real-world situations.

ARRI now have templates for the slide-in cards for the MVF-2 viewfinder available online. There is a separate A4 template and a US Letter template available, so you can print your own actor/character card or lens list.