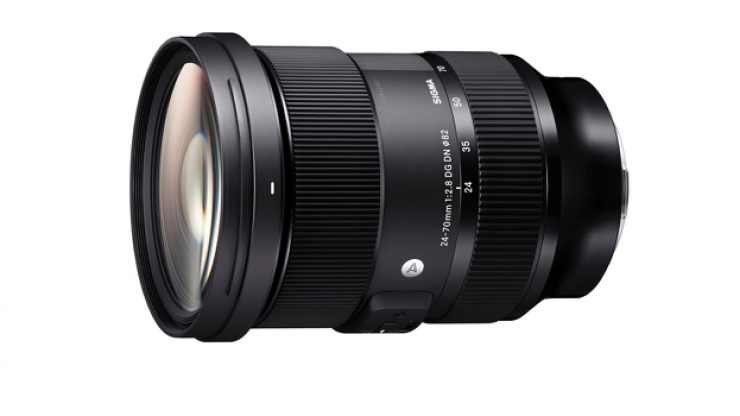 Sigma has announced the 24-70mm F2.8 DG DN Art Zoom Lens for Full Frame Mirrorless Cameras. It will be available in Sony E-mount and L-mount.

The 24-70mm F2.8 DG DN Art lens features a reduced lens size and weight while achieving what Sigma says is uniformity and high resolution from the center to the periphery throughout the zoom range.

The F2.8 Art flagship zoom lens series is developed to achieve good optical performance. By employing three aspheric lenses, this zoom lens is claimed to thoroughly subdue aberrations such as axial chromatic aberration or sagittal coma aberrations, which are difficult to correct in post-processing,

The lens is also said to achieve uniformity and superior optical performance from the center to the periphery throughout the zoom range. In addition to Super Multi-Layer Coating, Sigma’s proprietary Nano Porous Coating is employed to achieve high-contrast and clear image quality. This lens is designed to be less affected by strong incident light such as flare.

The lens features a dust and splash-proof body and zoom lock mechanism for preventing the lens barrel from extending unexpectedly.

The Sigma 24-70mm F2.8 DG DN Art will be available in L-mount and Sony E-mount in mid-November 2019 through authorized US dealers. Pricing will be announced at a later date.